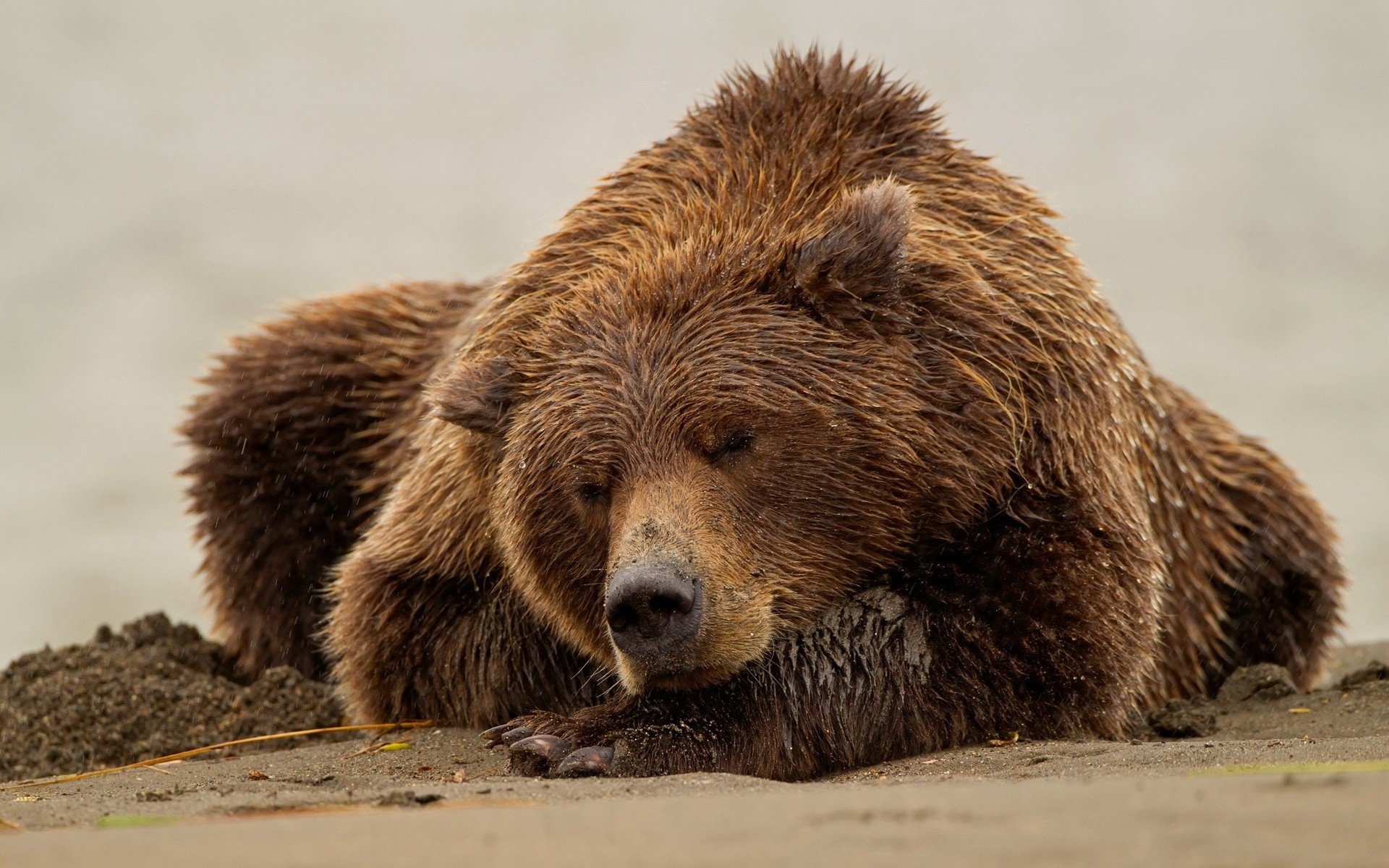 #RiseAndGrind? Nah, Sleep In and Win

I’m just going to be blunt - if you’re a high school or collegiate strength/sport coach and you’re not discussing sleep with your athletes, you are literally crippling their athletic potential.

In general, coaches are missing the point. For example, studies have shown that learning and retention rates are 40% higher after a full 8 hours of sleep.

"We report that a single night of sleep deprivation produces a significant deficit in hippocampal activity during episodic memory encoding, resulting in worse subsequent retention. Furthermore, these hippocampal impairments instantiate a different pattern of functional connectivity in basic alertness networks of the brainstem and thalamus. These results demonstrate that an absence of prior sleep substantially compromises the neural and behavioral capacity for committing new experiences to memory." - (Yoo et al. 2007)1

Just to put that in perspective, that’s the difference between an A and an F (40%). We’re not just talking about scholastic achievements here, this is the retention rate of higher brain centers coordinating complex movement.

However, what most fail to realize is that we have a nation of high school athletes subsisting on 5-6 hours (sometimes less!) of sleep per night while the National Sleep Foundation recommends 9-10 hours for those who are experiencing growth and developmental changes.

"The number of individuals who can survive on 6hrs of sleep or less without any impairment (cognitive, physical, psychological, or emotional), rounded to a whole number, and expressed as a percentage is ZERO." - Dr. Matthew Walker (Neuroscientist @ University of California, Berkley)

So now we have high schoolers experiencing slowed neural and cognitive processing rates, slight immune dysregulation, and altered autonomic states (highly sympathetic - aka "fight or flight") due to a general lack of sleep; but we want them to come in and learn hang cleans on day 1 of some coach's "world renowned" program.

The Grand Illusion of Sleep Deprivation

I know what you’re thinking…

“Well, if you're sleep deprived, you'll know it."

I recently overheard this golden nugget from an expert in exercise physiology who was discussing the impact of sleep deprivation on performance adaptations.

While the simplicity of that statement may seem rather logical to most, it’s fundamentally flawed. Let's dive a little deeper.

Don't miss this next part...

In other words, despite a significant deprivation in sleep, subjects still rated themselves as somewhat well rested. However, the data showed the exact opposite - there was quantifiable evidence that cognitive performance had diminished due to a lack of sleep.

You see, sleep deprivation is somewhat akin to alcohol consumption - your subjective sense of wellbeing is often a poor predictor of your objective performance (ex: drunk driving).

So, while sleep deprivation is often described as "common", we must be careful not to associate common with normal.

“Your ability to function on little to no sleep is more so a testament to your body's resiliency, not its performance capacity.” - Jeff Nichols (High Performance Director and Former Navy SEAL)

Generally speaking, humans are relatively poor at assessing the long-term risks and benefits of their current lifestyle choices. Thus, it is rather dangerous to assume that a dark deprived, highly caffeinated, results driven, "rise and grind" society will naturally regulate their biological sleep needs.

So, the question remains - How do we change this attitude towards sleep? Why aren't parents seeking to implement changes within their teenagers lives to optimize performance and health?

Long story short - they probably don't know any better. Most people lay down, close their eyes, and then get up when they open again. They have no idea what sleep affects, what affects sleep, and how to improve their sleep.

On top of that, we have a "rise and grind" culture driven by productivity and the idea that a lack of sleep is a "red badge of courage" to proudly display on social media. #riseandgrind

Most adults are exceptionally poor sleepers so we can’t expect them to improve their child’s sleep hygiene if they can’t even fix their own.

You’re on your own here coaches, you must educate because the parents won’t.

Sleep In and Win

I could write an entire e-book on sleep as the subject is immensely complex and multifactorial. But the for the sake of brevity, we’re going to keep our focus on the basics.

Show this video to your athletes. Sit everyone down before a training session, have them take out their phones, and walk them through the process.

Every high schooler in America wastes way too much time on social media but this becomes especially deleterious as the day goes on given the influence of blue light on melatonin secretion.3

I can’t emphasize this enough - sunlight is one of the strongest regulators of circadian rhythms, opt for 20-30 minutes of direct exposure daily without sunglasses or long sleeves/pants (the earlier, the better).

Remember the vitamin D recommendation I made above within the nutritional analysis? Turns out that time spent outdoors actually serves another purpose besides just vitamin D.

Want to know the fastest way to jack up your sleep seemingly overnight? Stay indoors all day in a perfectly climate controlled environment and blast your retinas with incessant blue light after the sun goes down.

3. Do NOT Sleep With The TV On

I know quite a few folks who need white noise to fall asleep - that’s perfectly fine but opt for a fan or white noise machine rather than a TV.

Aside from the blue light exposure, you’re also going to be encountering a variety of sounds in terms of frequencies and decibels. As such, this has the potential to alter brain wave patterning and potentially shift one out of a specific stage of sleep.

Opt for ear plugs and a fan if it’s noisy but don’t subject yourself to a TV, that’s just asking for long term insomnia.

This will take some education for the sport coaches as they likely aren’t well versed in sleep hygiene but I’ve found this to be a common area of sleep disturbances.

Not only are players subjected to higher than normal catecholamine levels due to intense activity, they’re also dropped underneath high voltage LED bulbs which closely mimic the intensity of light during the day. That’s great if it’s 12 noon but most definitely not ideal at 9pm.

If you have a bit of flexibility with scheduling, try to plan afternoon training and practice sessions. Not only will your athletes be well rested from the night before (due to the lack of a 5am training session), they will also have an opportunity to wind down after practice and recover with restful sleep.

If you can get your athletes going to bed and waking up at the same time daily, you’ve already won the battle. Your body loves to function with routine - doing the same thing at the same time with the same intensity, frequency, and duration.

Circadian rhythms are no different. They’re essentially your body’s way of trying to keep everything on track with a daily schedule. These rhythms help to establish patterns of hormonal secretion to drive behavior change.

For example, consider the differences in the diurnal secretions of melatonin and cortisol throughout the day: 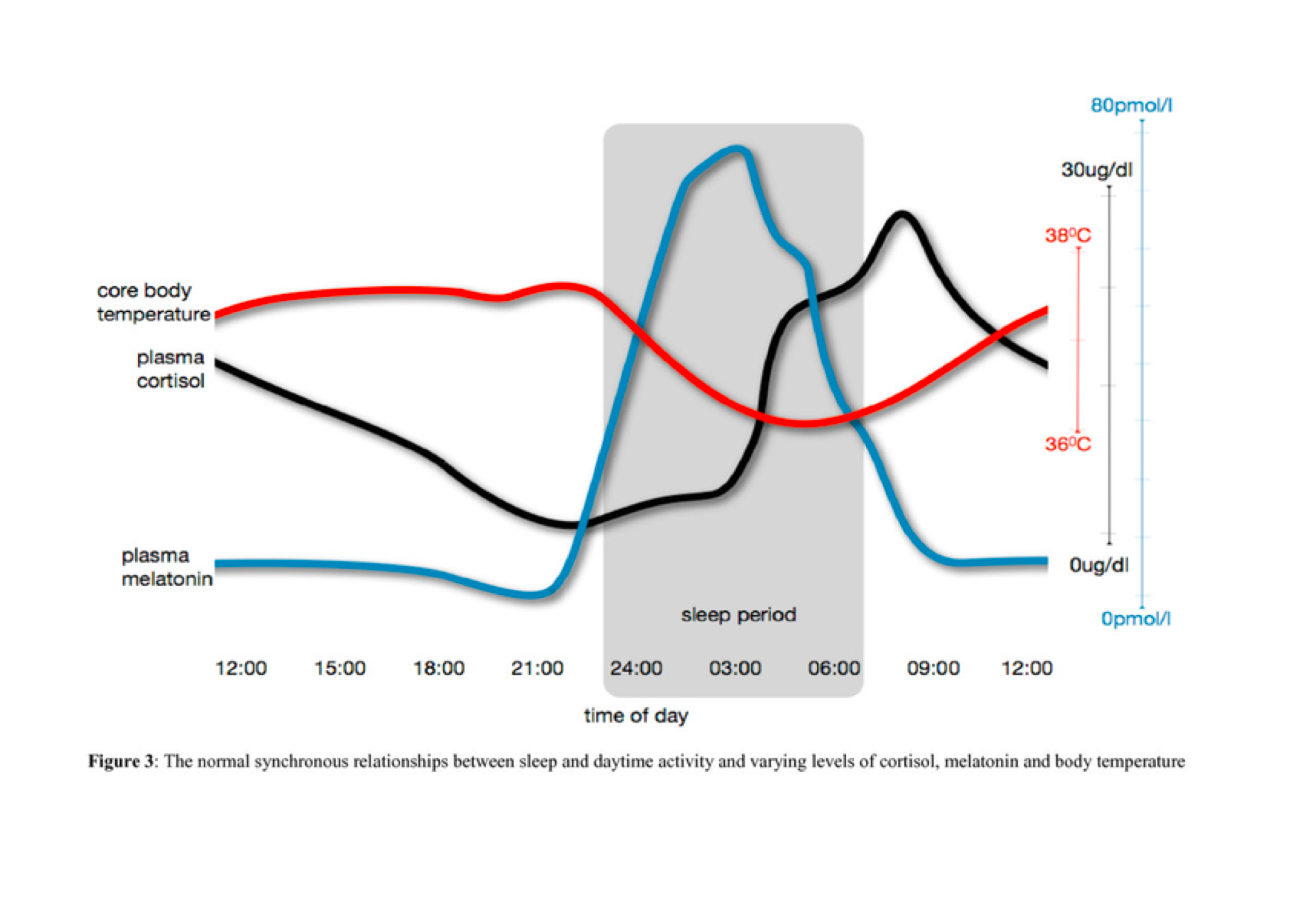 As melatonin drops, cortisol increases to help induce a state of wakefulness. However, both are typically driven by circadian rhythms orchestrated within the brain.

The more you can reinforce rhythms with regularity (in sleep and wake times), the easier it will be for other systems to function efficiently.

1. A deficit in the ability to form new human memories without sleep.

3. Artificial light at night: melatonin as a mediator between the environment and epigenome.

These Stories on Recovery

Introducing Phase 1 Of Our Wearables Integration

Helpful Tips For Getting Teen Athletes to Sleep