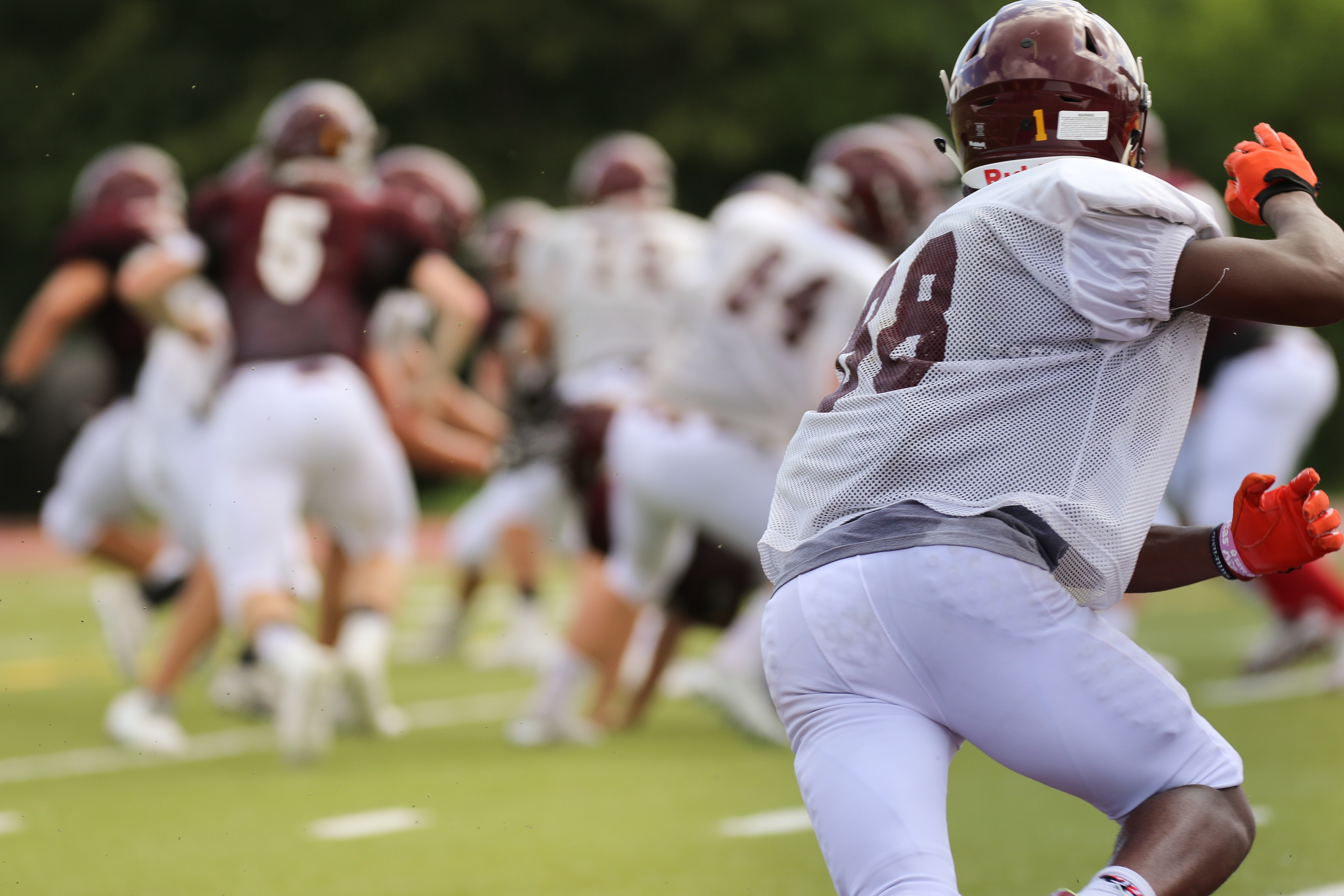 "Fall 2016 was my first year as a high school strength coach for Pope John XXIII High School in northern New Jersey.  I have worked in the private sector for my entire career as a strength coach, but I learned there are huge differences between doing the same job in each world.

Like anyone entering a new position, there is a learning curve and I already have ideas for how I am going to do things differently next year based on my first year’s experience.

Coming from the private sector I mostly saw athletes in the off-season which meant my main focus was making improvement and gains in the athletes.  My number one question that I would ask myself would be, “Did my athletes get stronger, faster, and will it carry over to a better season?”

Being with a team for an entire season is a totally different animal.  In a sport like football the athletes take such a beating.  I found myself constantly adjusting workouts to the individual athlete or having to switch on the fly because the athletes basically told me I literally can’t do that today.  As a coach there is a fine line between knowing what is best and just being stubborn.  At times I might have been a little bit stubborn and asked them to do things that they were not capable of. However, as the season went on I now realize that I need to listen to the athletes more about their level of fatigue.  I find myself playing physical therapist quite a bit even though that is not my role.  Luckily I also work in an incredible facility that hosts some great PT’s that I have learned a lot from.  Precision Sports Performance in East Hanover is partnered with Provere physical therapy.

This year we took a handful of our athletes to the Precision facility the day after games for a recovery workout and treatment.  The athletes who attended have raved about how much better they feel after a recovery session. This is quite a contrast to how I train athletes in their offseason when strength and speed improvements is the number one agenda.

After the first few games I pushed them quite a bit.  Now that we are down to the last few games and approaching playoff time it is mostly about keeping them healthy.  We do a lot of mobility, some light running, lots of stretching and foam rolling, and light body weight work at low volume.

To be completely honest, I am really looking forward to being able to work with the team this offseason and to really dig in and start from scratch.  Being a coach is always about learning and adapting.  If you stop learning and are stuck in your ways the game will pass you by. Before I can get to the off-season we have a state championship to win!

There is a big difference between working with 5 athletes at a time and 30 at a time.  You have to really command attention and get your point across quickly.  I learned that I can’t spend too much time talking because there will always be a few who lose focus. Instead I make a few key teaching points and then walk around and help individuals. Another big difference between the private sector and working with a team is that on a team you have a lot of different personalities. Some are workers and you need to talk to them about rest and recovery.  Others need a kick in the butt to push him or her harder. I found that I don’t have a lot of time for individual coaching so I quickly need to find the pulse of the team and act accordingly."