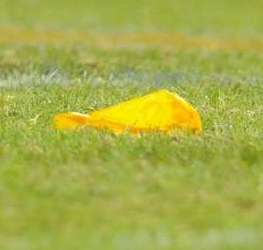 Are There Too Many Rules in Football? 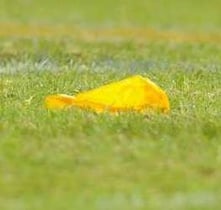 A few weeks ago, the Saint Louis Rams played the Atlanta Falcons and ended
losing a hard fought game. However, the loss was not the only thing that bothered Head Coach Jeff Fisher. The longest tenured coach in the NFL stated, “We were penalized seven times in the game; in my opinion, we should have been penalized twice. I was upset after the ballgame but watching the tape, those are incorrect calls.”

Fisher, himself a member of the NFL Rules Committee, was outspoken and upset citing failure on the parts of the referees after watching the game’s film. But unfortunately, NFL rules follies are not uncommon – where were you when you saw the Fail Mary?

Still not convinced? Dashon Goldson earned himself $100,000 in fines and a one game suspension playing New Orleans. However, an appeal returned him the suspended game, but the fine stuck – what gives? "The NFL has its own rules, but we're just trying to play football," Goldson told the Tampa Bay Times.

Throw in the dubious helmet-to-helmet calls and the Arizona State University spike-the-ball debacle and this article just turns into a list.

The last few years have been hectic when it comes to the NCAA and NFL rulebook. Kickoff rules create perpetual touchbacks. Targeting penalizes the team but the player ejection gets review (was he right or was he wrong?) Oh and one more: Your starting quarterback’s helmet falls off and now he comes out for third and long. What happened to equipment time outs? Oh, you want maintain the pace of the game? So why does every single turnover and touchdown get review even if any mouth-breather knows it was the right call?

This past year the NCAA added nine additional rules while the NFL added eight in 2012. Imagine as a referee being handed close to ten new rules a year… in 3 years, you will have up to 30 new rules to memorize – can that possibly still be the same game?

We know the NFL is facing close to $800 million in a lawsuit but is the real answer to jam rules into the game, to the point where our referees have to go to box for every call? Maybe there isn’t a better solution but players are not happy and fans are not happy. Remind me of a time where all problems were fixed with more and more rules. Maybe the game of football is still in denial that it is a violent game and always will be.

Have Training Facilities Become a Strength and Conditioning Arms Race?

The NCAA and Injury Prevention: 16 Years in the Making

5 Things Every Coach should Know About the Strength & Conditioning Industry