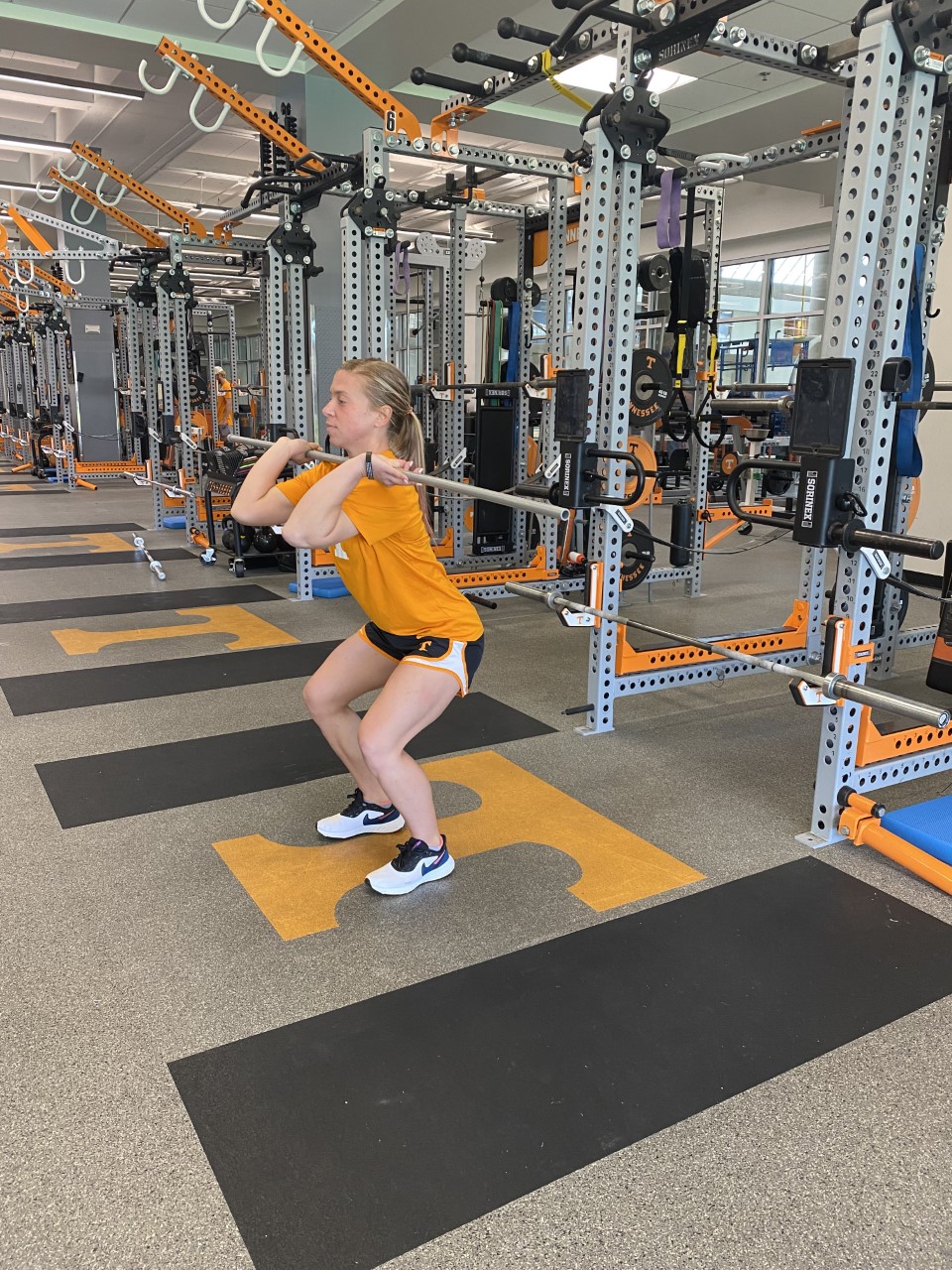 So You Want to Olympic Lift Your Team: Part 1 - The Hang Clean 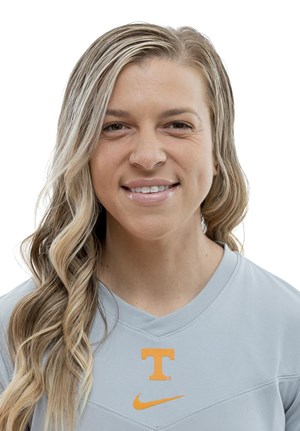 I have found through discussions with other Strength and Conditioning Coaches, there is a divide in philosophies, are you for or against Olympic lifting your athletes? Although I can understand both sides, it does not need to be a mutually exclusive training philosophy. When I ask coaches why they have decided not to Olympic lift their teams I usually get one of two answers:

Luckily, through my background of Olympic lifting as well as completing my Graduate Assistant position in a program that relied heavily on Olympic lifting, I have been able to teach many athletes how to effectively and efficiently Olympic lift during their collegiate careers.

Once you have decided that Olympic lifting is the proper training method for your group of athletes, where do you begin with a teaching progression?

I prefer a top-down approach when teaching Olympic lifting; I also prefer to teach a clean progression before teaching a snatch progression.

Let’s discuss each of these steps in detail.

You do not need to set aside specific time to work on a bodyweight if you put it in a warmup. I usually add this to the end of our movement progression. I will always demonstrate a bodyweight squat as I talk through it. I keep cues consistent and ordered from the ground up. As I set up for a bodyweight squat, I will cue:

Asking an athlete to performance a body weight squat is also a quick way for you as a coach to assess their movement capabilities which can dictate how quickly to progress an athlete with Olympic lifting.

After assessing an athlete’s body weight squat, the next progression is a front squat. I prefer to teach a traditional Olympic lifting grip instead of a cross-grip since we want the front squat to transfer to the clean. When transitioning from a body weight squat to a front squat, I reinforce the same cues but point out the only difference is having the barbell resting on the shoulders. I cue to athletes to drive their elbows up as they begin to stand up from the bottom of the squat. I also teach the athletes how to correctly spot and miss a front squat during this step. Since a front squat can also be a lift outside of this progression, I take the opportunity to teach all aspects of front squatting properly.

Once an athlete has become proficient in both body weight squat and front squat, I will move on to a barbell RDL. In my opinion, the barbell RDL is the foundation for all other movements in the Olympic lifting progression and therefore must be completed flawlessly to prepare the athlete to Olympic lift properly. When introducing the barbell RDL, I do not give athletes an end point, but rather let them perform the movement through a full range of motion that does not compromise the quality of the rep. When getting ready to perform a barbell RDL the cues I use are:

I have found that athletes will often try to perform an RDL by bending their knees instead of pushing their hips back and stretching the hamstrings. In this case, the easiest way to change their movement pattern is to ask an athlete to pick something up off the ground but pretend they do not have knees. Having them demonstrate the task then forces them to move from the hips instead of the knees which translates well to an RDL.

On this step, we will limit range of motion so the RDL stops at the top of the knees. Assuming your athlete has been performing barbell RDL’s properly in the previous step, this is a quick progression. In this movement, I will cue the same as a regular RDL. While an athlete performs a barbell RDL to the top of the knees, I am looking for a few points from a technical standpoint:

The next progression is adding a shrug, or the triple extension piece of the clean. Since the athlete has been performing RDL's in the previous steps, the addition of the shrug becomes the focus. The barbell RDL is performed to the top of the knees in this step; the shrug portion of the lift should be initiated at mid-thigh. If your athletes are wearing shorts that cut off at their thigh, I use that as a cue to understand when to extend. I cue the athletes to shrug once the bar is at the bottom of their shorts. When performing this step, I cue everything as previously mentioned for an RDL but as the shrug is performed I will cue: 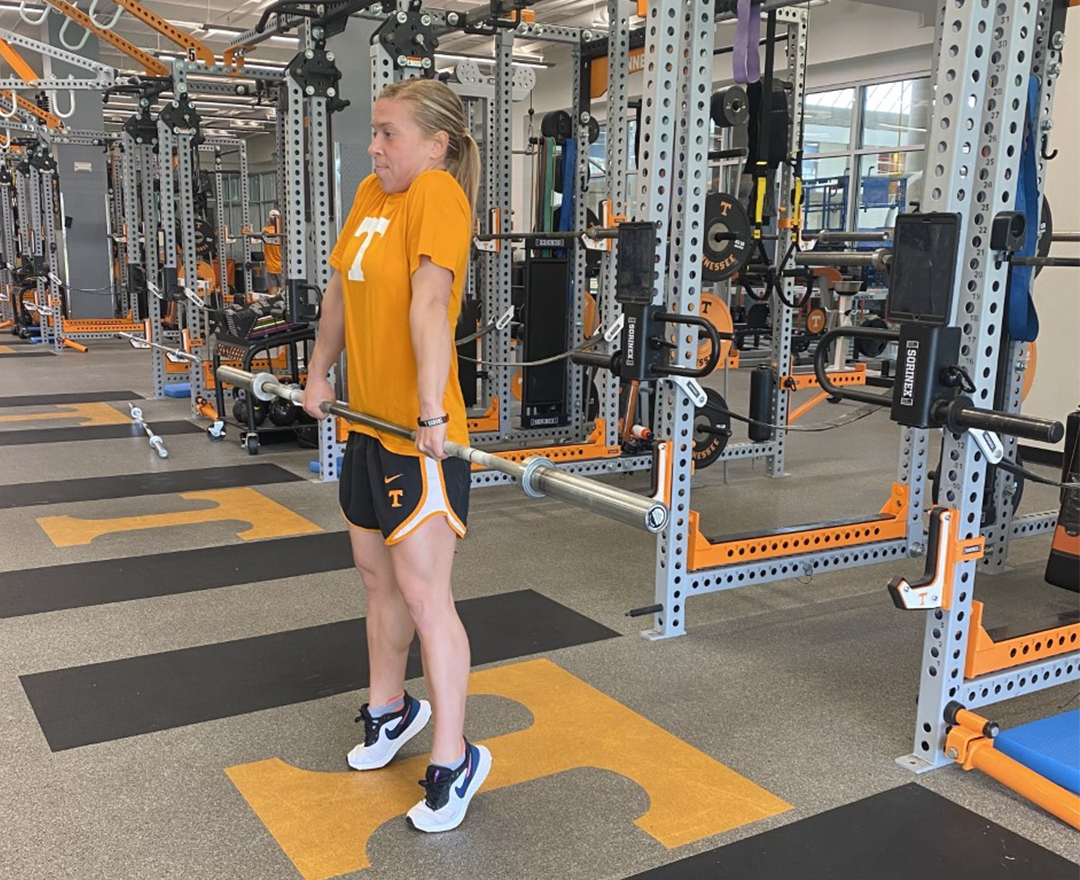 As athletes learn this step, they often want to actively pull the bar up by bending their elbows. This movement breaks all the power we have built to this point and if not corrected, can cause athletes to miss cleans while looping the barbell away from their body. When an athlete is struggling to understand how to shrug, I ask “what movement do you do when someone asks you a question you don’t know the answer?” And the response is often a shrug of the shoulders up to the ears as if to say “I don’t know”. This cue often corrects the arm bending and makes the connection for the athlete to use their traps instead.

Next is the impossible clean, contrary to the name, it is possible to perform and teaches a high pull into the receiving position of a clean. I highly recommend using a PVC pipe or dowel rod for this step since it can be challenging to perform with an empty barbell. In this movement, the athlete will hold the barbell close to the body, while pulling the barbell up as high as possible. Elbows should be above the barbell while bent at roughly 90 degrees. Athlete will then be fully extended and hold position until cued to receive the bar. A proper catch of the clean should look like the initial start of a front squat. Elbows are high, hips are back slightly, and weight is distributed through the whole foot. Once an athlete has received the barbell, ask which previous movement the catch of a clean looks like. They should be able to make the connection to a front squat.

Reinforcing the positioning of a clean catch by referring to the front squat helps athletes to make a connection as to what a proper catch should look and feel like. Once the athletes have caught a clean, I will ask them to hold the position then ask if they can properly front squat from that position. 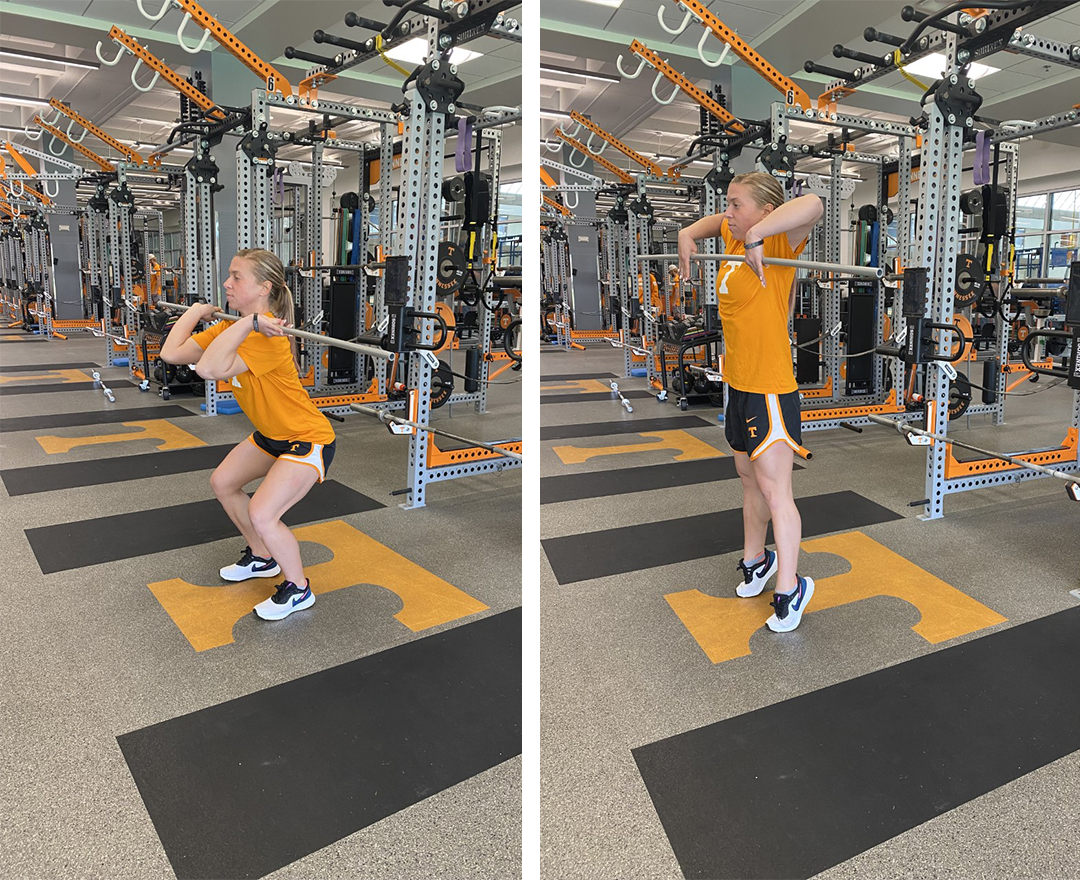 The last step is putting everything together for a hang clean. In this step you can break down each segment of the clean as outlined above for the first set but as you give the athletes more exposure to a hang clean, allow them to move through at their pace so the lift becomes more fluid and less robotic.

3 Things I Did to Get a Raise

Is Your Fancy Tech Even Worth It?