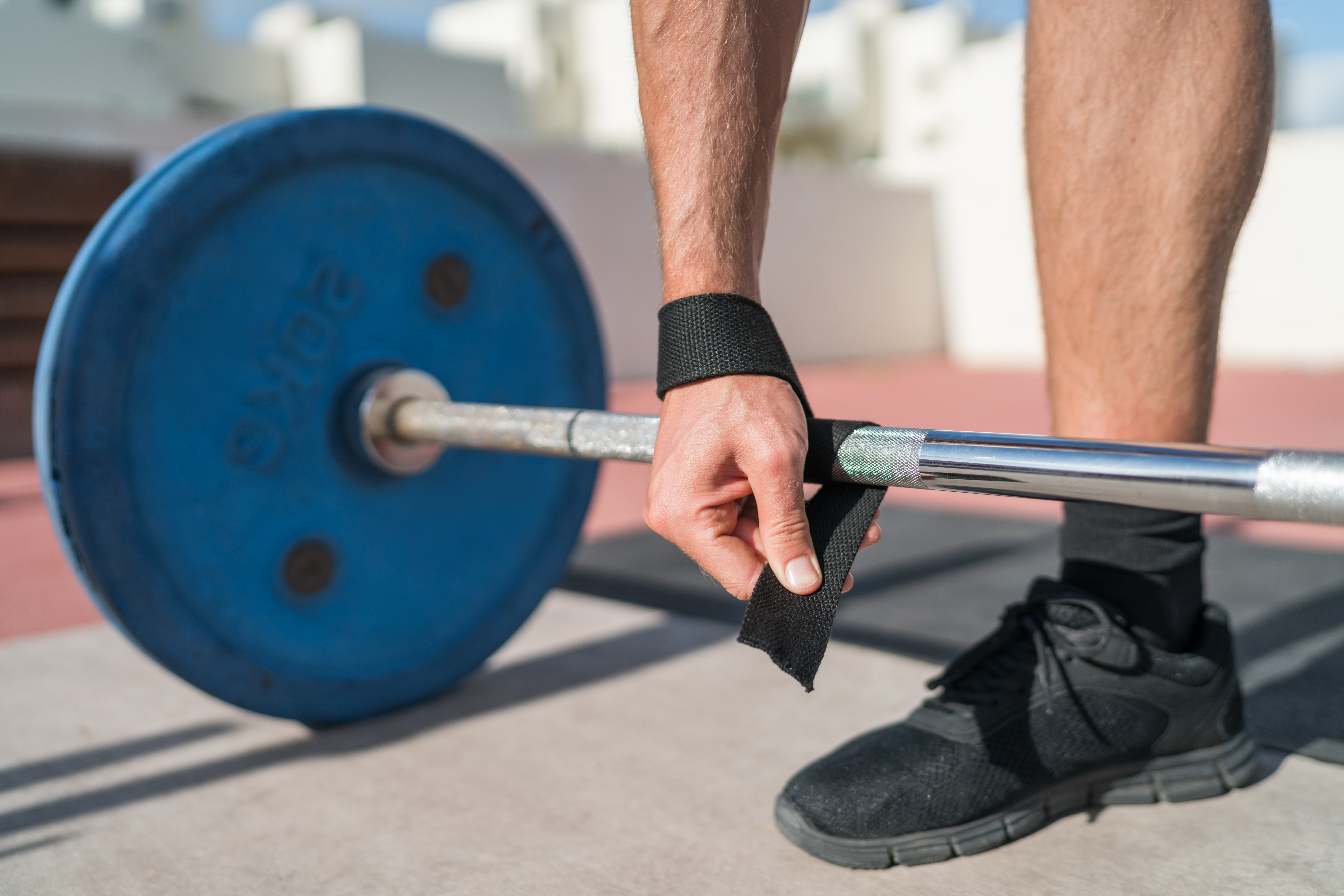 Guest Author Harrison Elias is a performance coach for FutureFit and has experience as a Division 1 Strength & Conditioning Coach.

When training athletes, or even the general population, a common, desirable adaptation is increased power output. In order to understand how to train for power, we first have to understand exactly what power is. The equation for power in the context of athletics is:

To produce power, we need to produce a lot of force, very quickly, and in a specific direction. So when training for power, the two variables that coaches need to focus on in the weight room are load (mass), acceleration, and velocity. There are several different ways to train for power, but most strength and conditioning coaches will likely use a form of Olympic lifting or loaded jumps.

Now before I jump into the major differences between the two lifts, I have to admit that I write this article with a fair amount of bias. I have certain physical disabilities that I’ve had most of my life that make dynamic barbell lifts, such as Olympic lifts, very difficult for me to do. As a high school football player, hang cleans and power cleans were always the go-to lift for our coaches to train power, but due to my physical limitations, I could not participate in those lifts. At the time, neither me nor my coaches really knew how to replace exercises with safely. When I got to college and started doing strength and conditioning internships, again, Olympic lifts were the standard, so I could essentially only do high pulls.

Finally, when interning at Harvard, I discovered loaded jumps, and my own training transformed. I started training trap bar jump squats and dumbbell jump squats regularly and started seeing really great progress in my power and athleticism. It was the missing link in my training. So, when I got the chance to start programming for athletes, I programmed loaded jumps because that’s what I had the most personal experience in. Now, this isn’t to say I couldn’t coach Olympic lifts, I just sort of developed my own method for teaching them to people. Funny enough, years later when I interned with Mike Boyle, I learned they taught Olympic lifts the same way I taught athletes in order to avoid doing them myself. Turns out, I was pretty smart after all! Eventually I did teach myself how to do a passable hang clean. It was a big moment for me. However, there was something about loaded jumps that just seemed better. I decided to then dedicate part of my research study in grad school to utilizing loaded jumps to assess power outputs, which allowed me to justify using loaded jumps over Olympic lifts.

Olympic lifts started gaining popularity for non-Olympic lifting athletes when Garhammer (1993) described that the second pull of cleans and snatches produced more power than traditional power lifting movements such as squats and deadlifts. When sport and strength coaches started looking for ways to improve power, they looked to Olympic lifters and how fast they moved with tremendous amounts of weight. Well known coaches like Mike Boyle regularly use Olympic lifts, or variations of them like hang cleans and hang snatches because he likes that it is a movement that requires both power output and athleticism. Even successful sports teams like the Boston College Men’s and Women’s Ice Hockey teams devote a great deal of their off-season training to learning and perfecting the traditional Olympic lifts. Both of these programs, MBSC, and BC Hockey, regularly produce high level athletes that compete at the professional level. There are plenty of other examples of other organizations utilizing Olympic lifts in their training and finding success with them.

But when looking critically at the equations laid out earlier, is there a better way to train for power? I believe there is. Loaded jumps have both clinically, and practically been proven to be more efficient than Olympic lifts. But before we get to the physics part of the argument, let’s start with the practical difference. No matter which way you slice it, loaded jumps are easier to teach and monitor. Now the first rebuttal I hear when saying this is that strength coaches are no longer capable of teaching high level movements and therefore are incapable of coaching Olympic lifts. I once taught 4 middle school girls how to hang clean while I was on crutches. I’ve taught entire teams of athletes how to Olympic lift with passable form while having a 1-20+ ratio of coach to athletes. Olympic lifts are not that hard to teach to get athletes to a point where they have passable form. However, in order to get athletes to a point where they are producing the kind of force outlined by Garhammer (1993), they would require years of Olympic lift specific training because his study evaluated professional lifters. Now if you talk to Head BC strength coach Russ DeRosa, he does exactly that. He has a 4 year periodized training plan to teach athletes how to Olympic lift, with an emphasis on the power clean. It’s also worth noting that while teaching the lifts to a hockey team, there were up to 10+ coaches walking around and correcting mistakes. Even then, the issue here is that athletes won’t really start to reap the benefits of Olympic lifting outlined by Garhammer until their fourth year. Assuming they complete all 4 years of the program and don’t get drafted first. I haven’t even mentioned that it is a lot easier, and safer, to fail a loaded jump than it is an Olympic lift.

One thing that is important for people to realize is Olympic lifting is a sport: Weightlifting. And like any other sport, it requires years of purposeful practice to get really good at it. When sport and strength coaches look at professional Weightlifters and say, "I want my athletes to be powerful like that," it’s a lot like a volleyball coach looking at Cristiano Ronaldo and thinking they need to do what he does. Even though he’s the best in his sport, soccer is completely different from volleyball. Why use one sport to train for another sport when they share little to no similarities? You can say that it is called cross-training, but cross-training should not be the bulk of any program. It is the same logic behind why many coaches choose to use trap bar deadlifts versus traditional deadlifts, or the same reason we might use a different squat or bench variation versus the traditional powerlifting movements. Because yes, although those athletes are strong and we want our athletes to be strong, there are more often than not, better, safer, more efficient, and more contextually appropriate lifts to use instead. I implore you to use the same logic when choosing between Olympic lifts and loaded jumps.

Now let’s look at physics. Oranchuk et al 2017, for example, compared the difference between using a loaded jump squat, and a hang high pull to improve multiple tests including counter movement jump and Isometric Mid-Thigh Pull. Although there were no significant differences in peak power between the two interventions, the jump squat group had significantly higher rates of force development. In a practical game setting, this means even if two athletes are jumping the same height, or moving the same distance, an athlete with a higher RFD will get there faster. This means getting to a rebound faster, being the first to have a chance at a 50/50 ball, or being first to get the puck to avoid an icing call. Another study by Turner et al 2015 showed that the majority of subjects were able to achieve peak power outputs when using the hex bar jump squat when using loads of either 10 or 20% of their box squat 1RM (why the box squat? I don’t know). Whereas another study by Comfort et al 2012 showed that when using the power clean, loads of 70-80% 1RM were optimal for producing peak power. This means that lighter, safer loads for explosive, triple extension movements can be utilized for training power, and they are a lot easier to teach (WHICH IS OK). Anecdotally, when performing loaded jumps, it is far easier to focus on triple extension and the concentric phase of the movement in a loaded jump compared to Olympic lifts; triple extension being primary thing that jumping, sprinting, and changing direction have in common. As for the eccentric portion of the movement, if you are teaching a full power clean, you typically teach athletes to catch in a low deep squat position which requires a long slow deceleration process. Which is the exact opposite of what we want to see on the field/court/ice. Loaded jump landings on the other hand are typically characterized by stiffer, shorter deceleration phases which is optimal for jumping, sprinting, and changing direction.

For most arguments of this versus that in strength and conditioning, it is very easy to take the high road and say, “It depends”. However in the case of Olympic lifts versus loaded jumps for training power, I believe there is a clear answer for which is best.