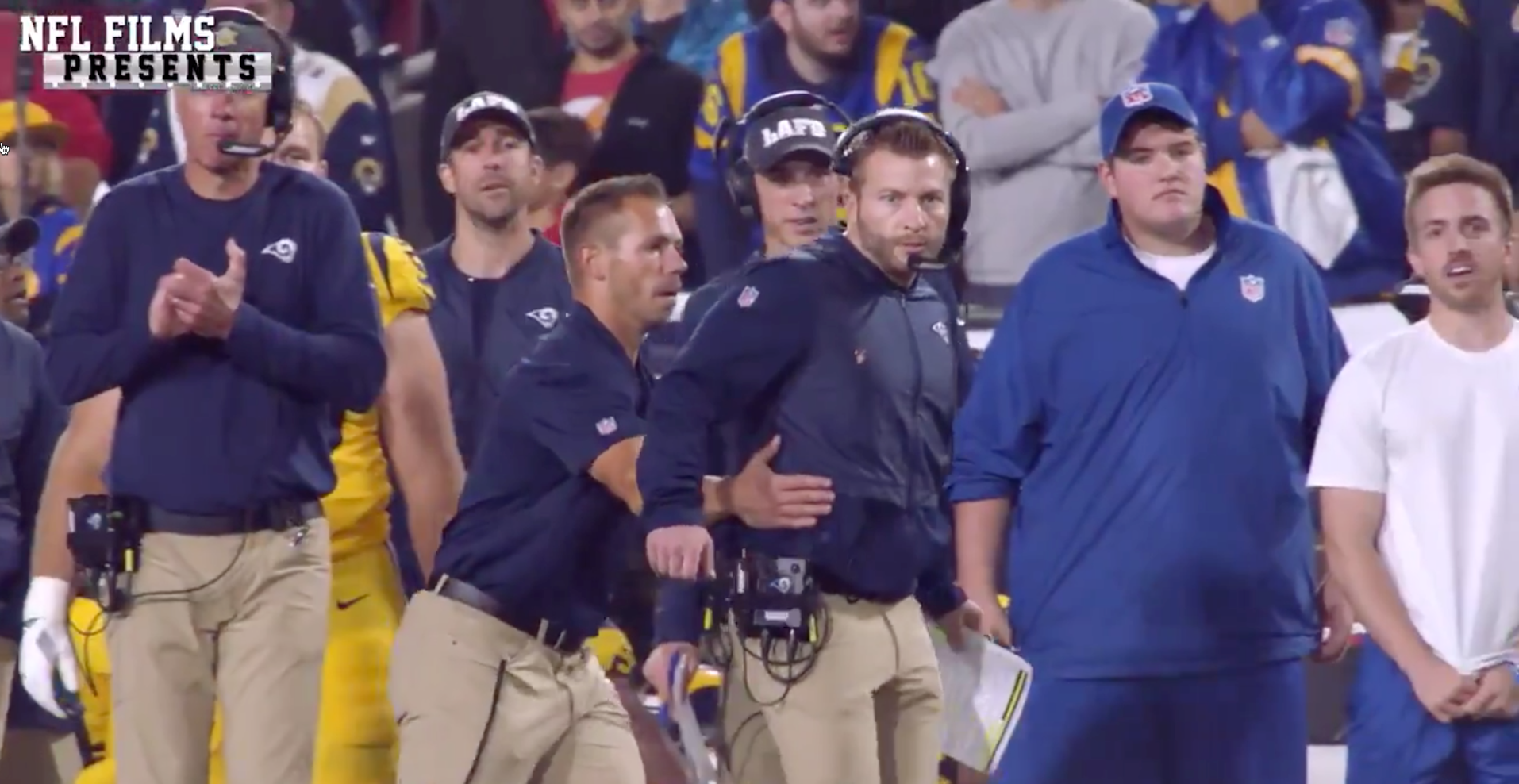 Woke Coaches Know Better Than Being the "Get Back Coach"

The Rams are back in the Super Bowl with a 32-year old head coach and a 24-year old quarterback. I personally think that's badass and it makes sense that the Rams will get tons of well-deserved media attention. However, NFL Films created a little segment on the Director for Performance Ted Rath as the "Get Back Coach" and I have some things to say about it.

As the game plays on, Sean McVay and his "Get Back Coach" tango on the sideline.
Expect more of this at #SBLIII 😂@RamsNFL #NFLFilmsPresents: Get Back Coach airs this Tuesday at 6pm ET on @FS1! pic.twitter.com/5FMyWH4gzT

First, to the credit of many strength coaches out there, the stereotype of the "Get Back Coach" has been fought for a few years including myself in this article about big pay for big babysitting. However, the first point I want to make here is... I get it.

When you're all in on the program, on the mission, on the objective, you'll do anything to help. In my case, as the CEO of TeamBuildr I am tasked with making big strategic decisions but also staying late to clean our toilets. It's part of the job and I understand that. Coach Rath, if you're reading this article, it's not a criticism of you by any means. I know you are all in. You would run through a cement wall with fire and brimstone on the other side if you were tasked with doing it. And your team is going to the Super Bowl because of your efforts and that's badass.

*On that note, this is the injury report for the Rams going into the NFC title game. AKA, Coach Rath is doing an amazing job there*

Now, with that being said, in order to move the profession forward we need to get woke and speak out against strength and performance coaches doing non-constructive performative labor on the sideline.

I use that term to describe what it really is at the end of the day. Following the head coach around in a crouched position and removing them from the referee's path is alike to following and protecting a child from traffic. Any decent parent wouldn't continue pulling the child away from the road; they would try to prevent the behavior before it happened.

This is on Sean McVay. I know he's the hottest coach in the biggest sport in the world right now. But come on, if you demand absolute excellence and attention to detail from your players then you can practice a common courtesy on the sideline of not getting your team a penalty for being aloof.

Secondly, as coaches have noted on Twitter, Ted Rath's title is Director of Strength and Performance. That means something. For a lot of coaches, that position in the NFL is the pinnacle of the profession. It takes years of hard work and dedication to get there.

When the coach is only recognized for "Get Back Coach" - the whole profession suffers. Why? Because if the absolute Top Dog in the profession is identified for babysitting head coaches on the sideline, what does say about all the strength coaches below him on the totem pole?

I don’t know who Ted Rath is, but I really hope this is his only job because that would be hilarious. https://t.co/yZm3ihwAo6

No one should blame Amanda here, but once she finds out Coach Rath is a top-level strength coach then what will she think of her son's local high strength coach? That guy must really be doing some menial tasks around campus, probably shining the head coach's shoes or something.

Imagine 6 years of school, 2 degrees and a professional certification, only to be relegated to the title of “get back coach” on a national segment, having to physically restrain the leader of a team from negatively affecting his team 🤦‍♂️🤦‍♂️ https://t.co/33rzwIOUwa

OK, so my rule is that when speaking publicly, we need to be constructive or not speak at all. All strength coaches want to see the profession elevated which means more autonomy for strength coaches, better pay, more positions created, bigger budgets and more input with the programs they train. A big first step to do this with the "Get Back Coach" is to let the football community that this is not right.

I hate to imagine high school football coaches seeing this video because it probably validates their behavior on the sideline. "I mean, if Sean McVay is doing is and is a badass coach then maybe I should be so focused on the game that nothing else matters too?" Let's nip this in the bud. Put it out on your social media that although it's entertaining and you had a good laugh this is not what strength coaches should be expected to do. As a strength coach, you are a performance professional. Not a performative professional.

There are more solutions to addressing this and I see that the Facebook coaching groups are already discussing them, which is great.

Lastly, to ensure that we're - again - always being constructive, I want to re-emphasize that Ted Rath is reputably a great strength coach. Here is a video PLAE did on him that I recommend watching.

PS: When I showed my wife the video and she said, "Damn, either one of those guys can be my 'get back coach.'"

Previous Story
← Constructive Criticism or Coach Shaming?
Next Story
GRIT: Sometimes You Have to Suck It Up →