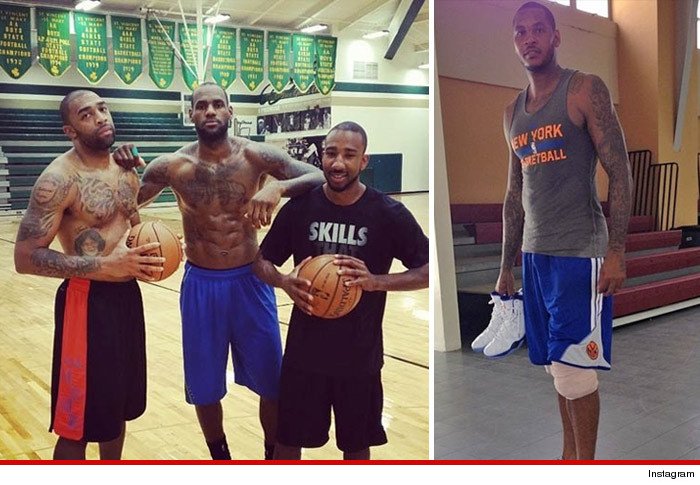 Unlike football and baseball, where size is seen as an attribute, NBA players such as Lebron James and Carmelo Anthony have elected to slim down with revamped nutrition. Ray Allen, for instance, is now proclaiming to thrive on the Paleo diet. Steve Nash doesn't eat pasta or other simple carbs at all costs. Amar'e Stoudemire even co-wrote a cookbook featuring kale dishes.

The reason for slimming is simple: making game-changing plays in the 4th quarter of a basketball game demands a lot from the body and staying light on your feet will help muster the energy to turn a contested layup in traffic into a solid dunk. In fact, STACK recently spotlighted five NBA players who saw real returns on their game when they decided to lose weight including NBA champion Patty Mills who cut his body fat percentage by more than half when the Spurs went on their title run.

Perhaps no star in the NBA is showing a significant difference quote like Carmelo Anthony. His personal trainer of 11 years said that Melo approached him with the goal of toning up because he was inspired to use the offseason as a way to motivate his teammates and lead by example. “He’s working out very hard, ramped it up, being even more meticulous. He’s been super diligent on his diet, extra cardio, rest." 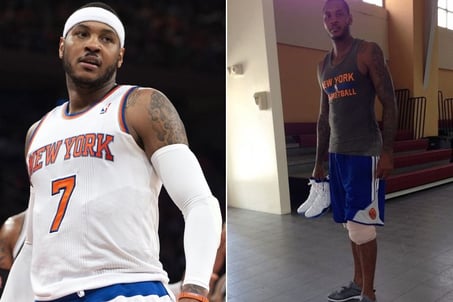 Ravin also warns that it's not about weight loss - it's about body fat percentage - and the goal is to increase strength and endurance by turning fat into muscle. The weight loss, he says, is just a byproduct of that process.

Carmelo is not the only star taking his basketball weight loss to dramatic heights, Lebron James announced his summer plans to play lighter by cutting out carbs altogether, a move which Ravin says is likely experimental and not guaranteed to be a successful choice.

Dieticians and nutritionists have been quick to comment that Lebron's diet is unprecedented for an athlete of his stature and the risks are very much existent since not much research has been done on dramatically cutting carbs as an athlete. It is still unknown whether or not Lebron will continue to avoid carbs as the playing season returns. 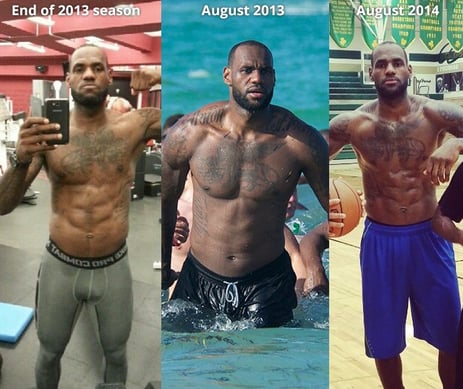 However, one thing is sure: NBA athletes understand that a basketball player's diet is the foundation of their transformation initiative (it's reported that Lebron graciously turns down decadent desserts offered to him while visiting restaurants).

Ravin elaborates on nutrition's role in Melo's strength and conditioning: “Give someone chocolate cake, it’s easy to say no when someone’s around,’’ added Ravin. “When no one’s around, it’s a gift [to say no]. Making fundamentally sound choices, eating smart calories, not wasted calories,’’ Ravin said of his strategy with Anthony. “We go out to eat, he’s making good choices.’’