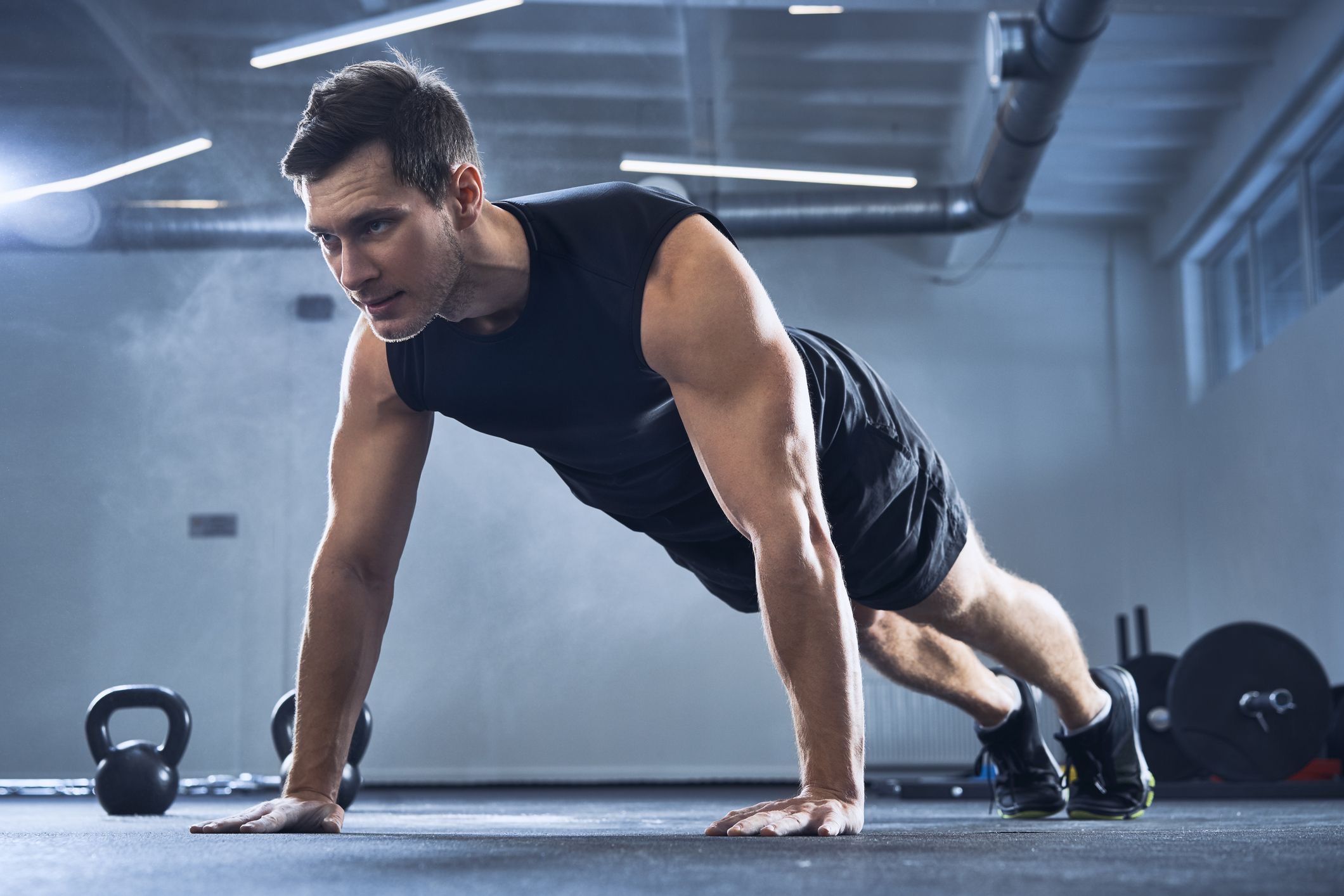 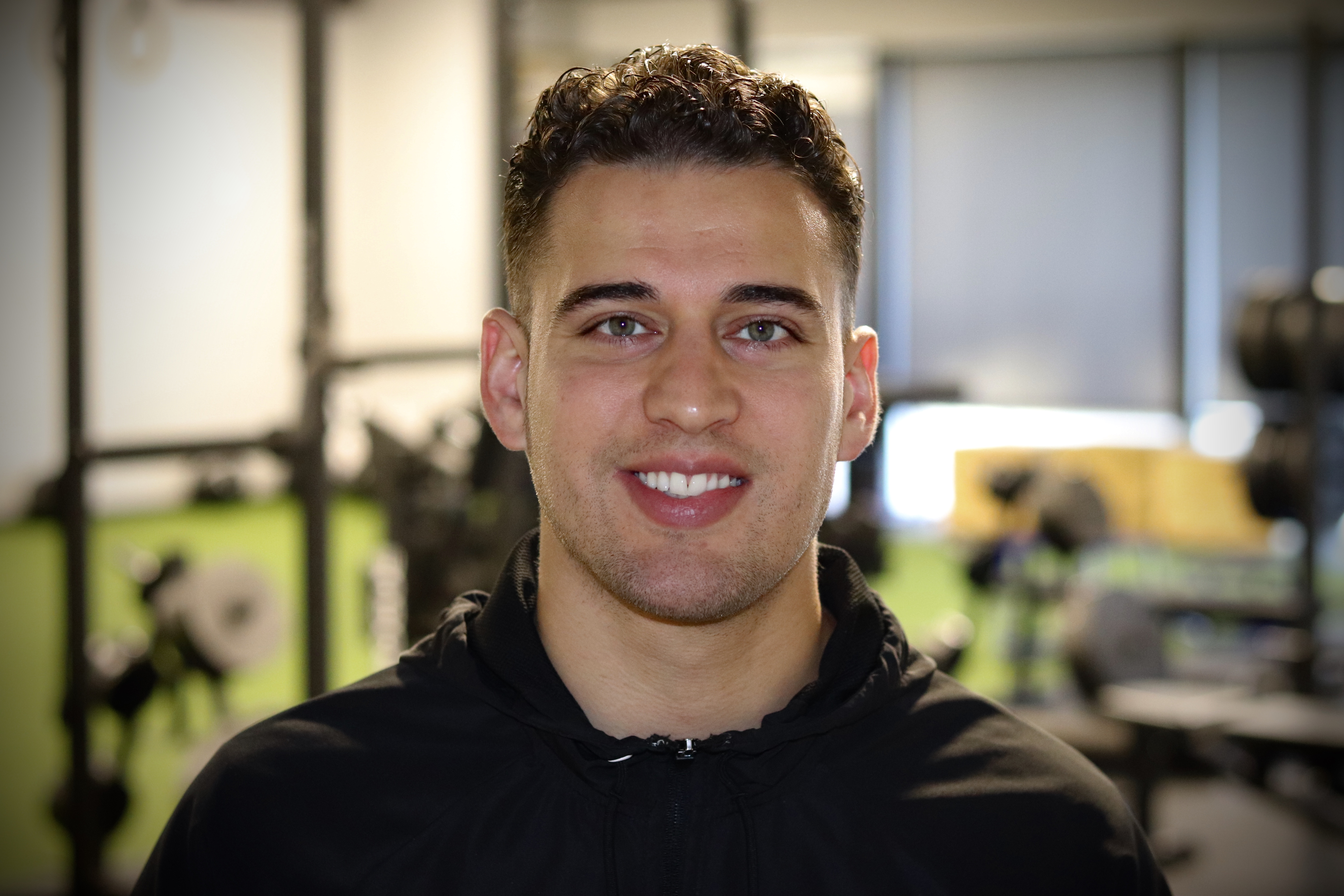 Legend has it that two of the biggest athletic freaks of nature to ever touch a football, Bo Jackson and Herschel Walker, never regularly lifted weights to build their bodies.

Bo Jackson, who is arguably one of the greatest athletes of all-time, not only had a successful NFL career but he also excelled in the MLB. He was an all-star in both sports, multiple times in his career.

Walker, also an NFL standout in the 80’s, has a 5th degree Black Belt in Taekwondo and an undefeated MMA record – oh, and he didn’t take his first professional fight until he was nearly 50 years old.

Rumor has it that push-ups were a vital part of both guys regimen. Remember, neither lifted weights. Of course, genetics play the larger role, but you get the point!

The takeaway here is that the push-up is now a misused and underutilized exercise that all athletes (and people, in general) should be mastering. Problem is… it’s not a beginner-level exercise like many believe. In fact, it’s actually quite advanced when performed correctly, and can be a game-changer for your performance results.

Below is an outline of progression series you can implement with your athletes to get their push-ups on point. It’s time we give the push-up the respect it deserves and use it to truly enhance performance.

You can’t get to where you’re going without knowing where you’ve been. So let’s look at some common push-up errors that most of us have made or are currently making – whether it be as a coach or an athlete.

First, let’s talk about the number one use of push-ups in youth athletics. Punishment. Aside from all form flaws associated with the exercise, I believe this may be the biggest mistake we make as coaches.

Get last place in sprints – 10 push-ups.  Talk back to coach – 50 push-ups. Bad grades – 100 Push-ups before every practice. Even in the legendary Samuel L. Jackson movie, Coach Carter, he’s handing out push-ups by the hundred to discipline his players. Hollywood doesn’t lie about anything!

But seriously, why is the push-up the default punishment though? Doing a correct push-up is pressing approximately 70 percent of your body weight. And they get prescribed in large numbers, even to kids with less-than-stellar mechanics. You wouldn’t tell a 150-pound freshman to go bench press 70 percent of his body weight 200 times (with sloppy form), so it just doesn’t make sense to me that the push-up took over this role. The risk for injury is equal or greater.

Some of the technical issues with the push-up are more important for this article. Here are some things to look out for, some obvious and others may be new. Call it a top 10 most common mistakes list.

I believe each of these can ruin a good push-up and they usually come in bunches. For example, if you have flat and passive hands during a push-up, you’re likely not in a correct position with your shoulders and elbows. And if you’re not in a good position with your shoulders or elbows, there’s a good chance you can’t get many good reps in so you drop your knees to the floor as a regression. Now you’re not doing push-ups at all.

The bottom line is that the push-up is too important to use as a space filler, punishment or a throwaway exercise. It’s not an “automatic” exercise that just anyone can pick up and master. The push-up progression below is something that I’ve had success with when it comes to getting people’s push-ups tuned up!

Step 1 is the most basic move that translates well to the push-up and many other aspects of exercise – a Hand Plank. It sounds a little dumbed down, but it seriously has to be ground zero for people who are at a true beginner level because you can teach them everything they need to know in a static environment.

Here’s a quick checklist of what we want to have mastered to move on to step 2.

Other than practicing the Plank itself, below are some common exercises that can help an athlete progress into passing these tests.

After crushing step 1, your athlete can move along to a more dynamic variation in the series. This is when the Hands Elevated (on a barbell) Push-Up comes into play. The starting point for elevation height here is between hip and belly button height. The higher the hands, the more assistance the athlete will receive.

Same rules apply here, except for the hands. Since they aren’t on the ground or a flat surface, they can’t be “active” like a standard push-up. Instead we want them tightly squeezing the barbell. You can still have active hands by keeping a hulk-like grip on the barbell.

We sacrifice a flat surface here to implement an actual push-up pattern into the progression because it allows us to dictate the hand height and at least introduce the movement to athletes.

There’s also one other slight additional key we look for here and that’s using the tip toes as a pivot point for a slight rotational movement, rather than a straight up and down action. This allows you to properly recruit the entire kinetic chain and really get the most out of your push-ups.

>> Test: String together 15 high-quality reps with hands elevated at hip height to move on to step 3.

Exercises that will help assist mastery of this variation include:

After cruising through the Plank and Barbell Push-Up, now we can move on to the common sticking point for many people – the Bench Push-Up. This is also a variation in which the hands are elevated but it’s much lower than hip height and we’re moving our hands back to a flat surface instead of a barbell.

What we’re looking for here, again, is a rigid body moving smoothly in unison throughout the range of motion. Core and trunk muscles are engaged, the elbows are 10-30 degrees from the sides, hands are active, tip toes are active and breathing is functional.

>> Test: String together 12 high-quality reps with hands elevated between shin and mid-thigh height to move on to step 4.

Exercises that will assist mastery of this variation include:

At last, we’ve made it to the standard Push-Up! Again, some athletes may start here but the first steps of the progression are just for a healthy reminder to respect the exercise.

What we want here is putting it all together. Hands are actively cupping the ground just as your foot would do in a squat. Elbows are tight to the body, somewhere between 10-30 degrees from the sides. Shoulders are retracted and ready to move. Feet are completely perpendicular to the ground, up on the tip toes and used as a rotational pivot point of the movement. Core and trunk muscles are engaged to lock in a good neutral posture.

Remember, if you can’t complete 10 in this fashion you simply regress to the hands-on-bench version until you reach your goal. Exercises that can assist the standard push-up include all the above, and:

The creativity can be unleashed now! You can load up a push-up to make it more difficult in several ways, or combine many methods.

Here’s a quick list of some of my go-to progressions beyond the standard push-up.

Of course, you can mix additional load with instability and really go crazy. All of these are safe and awesome for developing the total body strength and benefits that come along with the exercise.

Let’s bring the perfect push-up back to the glory days. No, it’s not a punishment exercise. No, it’s not a program fluffer or time killer. And, no, it’s not a regression from a bench press – the two are separate. Let’s use push-ups to create healthier, more athletic beasts on the field, on the court, and behind the desk! 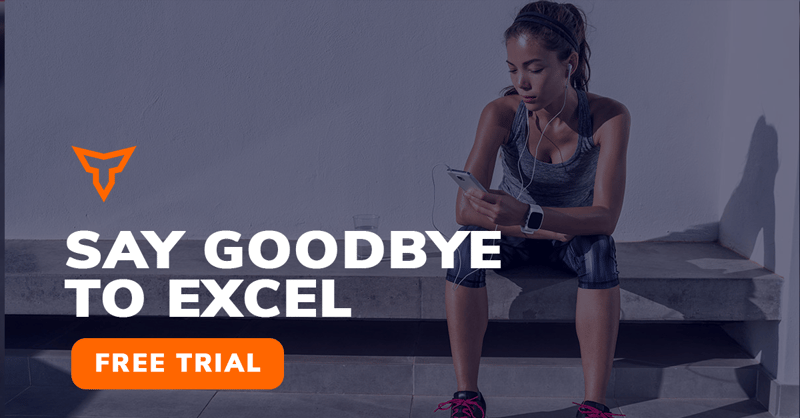 Previous Story
← What Type of Profession Are Strength Coaches Really In?
Next Story
Strength and Conditioning Networking 101 →