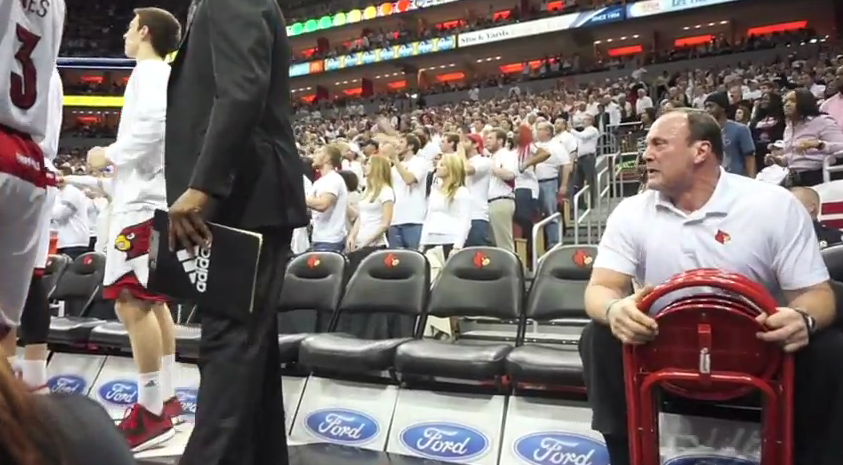 Louisville Basketball's Strength Coach May Die During a Game Some Day

Recently, footage of Louisville Basketball's strength and conditioning coach during a basketball game was featured on the sports gossip and fast-take website Deadspin. Coach Ray Ganong can be seen on camera sitting on the Cards' bench squirming and repeatedly beating what looks like a metal object as he urged his team to get a victory. Deadspin referred to him as a "goddamn maniac" with a "tent-preacher-on-drugs routine" as Louisville took on UNC at home. However, to those that often work with strength and conditioning coaches, this intensity is hardly surprising... we'll, maybe a little bit surprising.

Interestingly enough, here was the top comment on the article that appeared in Deadspin: