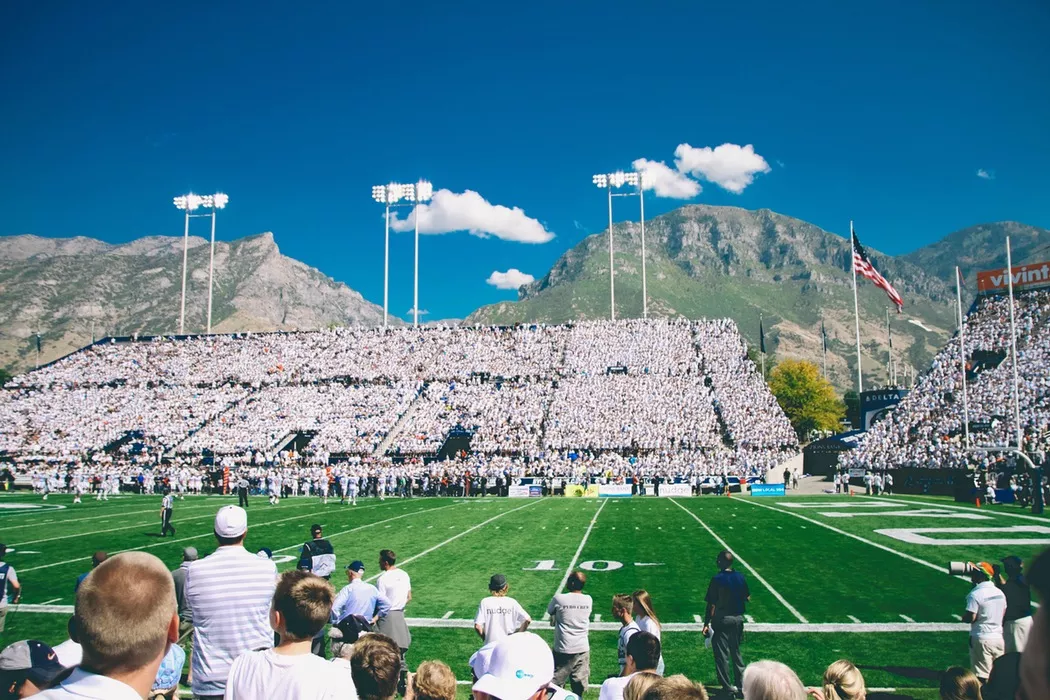 Leadership Lessons For Coaches from a Marine Corps Sergeant

At one of the many Glazier Clinics, Gunnery Sergeant Keln addressed a room of one hundred or so coaches to present on the parallel opportunities and challenges of raising the next generation of leaders. Reminding everyone that being a coach is an opportunity to impact a young person for life, the agenda was established as "learning how to develop the next generation leaders." The Marine reminded the coaches that the Corps shares this responsibility, and this presentation was meant to share a strategy for accomplishing that mission.

What Are the Parallels?

Just as a drill sergeant's job is to make marines, a football coach's job is to make football players. For coaches and drill sergeants alike, it's unlikely they will be handed young men ready for battle or the football field without a great amount of work or effort being put in. Before a mission can be undertaken with a high chance of success, there must first be lessons taught and an examination of how to win. In this sense, both soldiers and football players must first prepare if success is to be accomplished.

The transformation process is another parallel raised presented by the marine officer: "It starts with recruiting - how do you determine who you want to join your organization? What is the criteria? Do these recruits give your organization the best chance of being successful?" This is based on the standards that you as a coach set for your program.

Next comes the training, which for the Marine Corps includes teaching all new recruits the history, tradition, and identity of the armed force. Just as the Marine Corps defines what makes itself different from the Army or Air Force, so should your athletic team! There are many teams out there, what makes your team special? That is where a group of athletes can forge an identity to take pride in.

After the recruitment and training, marines undergo "sustainment training" which can be summarized as repetition and craft-building. At the drop of a hat, a marine should be ready to ship to another continent within 72 hours to begin the spearhead offensive for a combat mission. Sustainment training ensures that the soldiers can do this. Is your athletic team trained so well that you could play on Monday, Thursday, or Sunday and still perform at a peak level?

In conclusion, the transformation process is defined by the Marine Corps as "successfully taking a group of individuals and forming them into a high-performing teammates."

One of the most important principles surrounding successful transformation is that of "pride in the team," which is based on the team's identity. In the Marine Corps, semper fi is the resounding motto (meaning "always faithful") that can be heard in every movie depicting marines or seen tattoo'd on a vet's body. What is the cornerstone of your athletic team? What is the mission statement? Few things create camaraderie like a team identity that creates an "us versus them" mentality.

Sergeant Keln moved onto the topic "who exactly are we developing." In this day and age, it's Millennials - the young adults and teens born between 1980 and 2002. The Marine Corps is dealing with the same cohort of young men and women raised in the US that athletic coaches are. Understanding them is important: They are typically influenced by the internet, TV, and social media, which doesn't mean that they are any different in terms of work ethic but are just used to taking advantage of technologies that are cheap or easily available. In fact, Millennials are known for embracing education, change, and innovation as exemplified by the fact that diversity is not an issue, and the strong efforts toward civic and environmental movements.

Most importantly, Millennials are known to be distrusting of institutions and more trusting of individuals. This gives the position coach or squad leader a chance to develop specific relationships with their understudies. Younger folks in this generation are almost over-informed, and thus seek guidance and direction from the leaders in their life.

The Marines emphasize a few things that they believe creates a high-performing team. First, there is a constant effort to create a positive interdependence between the members of the group. In short, this means allowing individuals to support one another in an uplifting way. This clashes with the common notion that boot camp is meant to humiliate every individual; rather, the main lesson is teach each individual that the single effort is not greater than the collective effort.

Secondly, successful team-building must include clear goals. If there is no clear initiative from the beginning, then your organization is directionless. Your program should never go into pre-season camp without a defined plan and objective. Once the goal is defined, the plan should be executed with consistent reminders of what that goal is and how the team is tracking to hit it.

Leadership - What Is It?

The Marine Corps defines leadership as: "The sum of traits, which include intellect, human understanding, and moral integrity, that enables individuals to inspire and guide a group of individuals." As a coach, you will rarely force someone into being a successful leader or player - you must enable someone to become a high-performing individual. It's important to note that there is no single formula for leading successfully - individual humans are all different and must all be dealt with differently ("human understanding").

1. Gunnery Sergeant Keln states that some necessities for instilling leadership in a team setting are 1.) to be transparent and honest with your players, and 2.) to set the example yourself.

3. Establish Vision: Create a context for the team so that it can define a successful goal. If you're a new program, make it "the first victory." If you're a perennial playoff contender then make it a "state championship." Telling your team exactly what constitutes success will create a tangible goal to work towards.

4. Acknowledge Values: What sorts of traits need to be embraced in order to accomplish the goal? Do we allow double standards or do we hold the star athlete accountable to the same rules as the last backup? Embracing values creates character which creates results. For the Marines, the most noted values are honor, courage, and commitment.

5. Identity: This was covered earlier, but it is essential for the sense of pride that establishes an organization rich in quality leadership.

"The product of our efforts is the lasting change we make in people." Whether a young man or women is an athlete or a soldier, they will not be so forever. The majority of their lives will be spent as citizens - how will they impact this world?

Key Tips on Delegating Effectively and Entrusting your Staff

Creating Impact Beyond the Weight Room