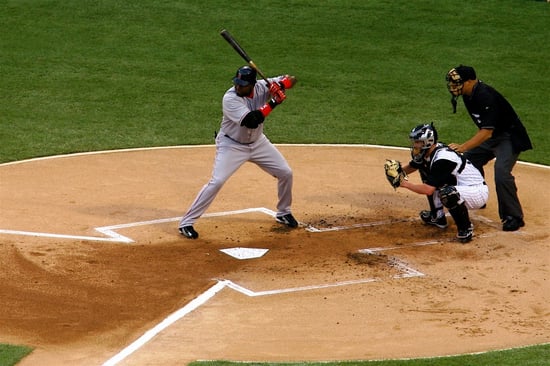 Do you remember the last really great World Series ad you saw? Can you recall the last TV commercial for baseball that got your blood pumping for an upcoming series? If you haven't noticed, the MLB hasn't  been exactly contemporary in how they advertise the postseason.


In reality, the argument could be made that the MLB is too devoted to the baseball purists and traditionalists. Although there is nothing wrong with this, there is a slight problem: these fans tend to be older and... *sigh*, boring. Baseball is already at a disadvantage because it's a slow sport. If anything, a little extra spice is what they need to accompany the game.

Quite frankly, this is not being done. Yes, the MLB is family friendly and trips to the park are usually peaceful and relaxing. However, Generation Y is the up-and-coming population that will be the next market to capture and we don't feel enough is being done to appeal to it.

In the age of social media, Major League Baseball is playing second fiddle to other leagues. Just take the fact that the MLB polices YouTube every minute of every day! Want to check out Ortiz's grand slam from last week? No YouTube for you - what kind of branding impression is that?

And how about Yasiel Puig - the firecracker Dodgers outfielder. The 19-year-old Cuban is dripping in swag but he is getting smothered by the baseball loyalists and league execs. This player should be wrapped in tinsel and posterized to every male 14-25 years old, but the MLB just doesn't know how to parlay his bad boy image into good publicity.

The proof is in the pudding: the 2012 World Series that year was the least-watched World Series ever. If you're a businessman, something's gotta give, right?

If it was up to you, how would you pass a little advice on to the MLB? Leave us a comment or shoot us a tweet (@TeamBuildr).