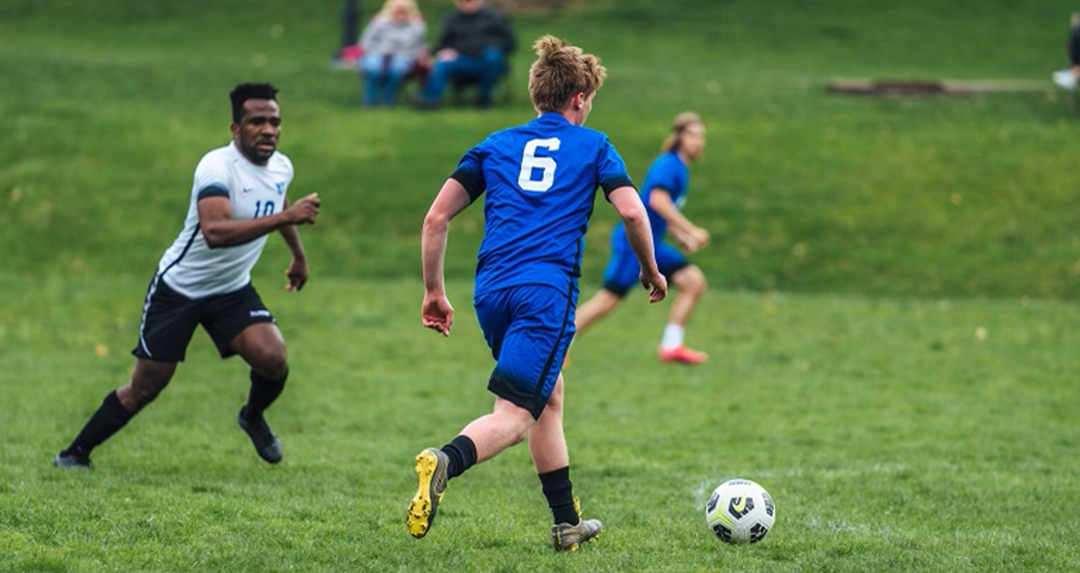 Grace Stiles brings experience as a Strength & Conditioning Coach to her role as an Assistant Soccer Coach at Marywood University. She is also the Head of Marketing at TeamBuildr.

“The Miler”
If you have ever played soccer, you have probably experienced a fitness test involving a continuous run of at least 1 to 2 miles. Imagine a sticky, August morning on the first day of two-a-days, and you and your team have to run “The Mile.” You are nervous, but feel prepared as you have been steadily running miles all summer. The test begins and your feet rhythmically strike the ground as you glide across the track. Finally, lap four is complete. You immediately place your hands on your knees to catch your breath and are relieved that it’s over. You pass the test under the required time limit, and now you’re looking forward to this evening’s training session because you actually get to touch a soccer ball!

During the evening session, you scrimmage full field, but you feel out-of-shape. How can this be? You ran in the grueling heat all summer long and even passed your fitness test. I, and many of my teammates, have experienced this sensation. We used to shrug it off because it was such a common occurrence following the summer break. We would say “running in the summer just isn’t the same as playing.” We hit the nail on the head without even knowing it. Yet, we would continue to train in the same manner and not question our training methods. I am not saying that long runs have zero transfer to the game of soccer, but I am saying that there are more effective ways of conditioning for the beautiful game. Soccer players do not continuously run 1-mile straight in a game-- so why would we train and test that way?

Energy System Development
Soccer games consist of a conglomeration of high-intensity sprints and low-intensity walks or jogs. When a soccer player does sprint, a majority of the time, it is only for 10-20 yards. In 2008, a study was conducted that analyzed movement patterns of Elite female soccer players within competition. Each player averaged 4 seconds of high-intensity activity followed by 44-64 seconds of low-intensity activity (Gabbett & Mulvey, 2008). However, it is common to find coaches administering fitness tests that involve long distances or 100+ yard shuttles.

Since soccer predominantly consists of aerobic activity, training the anaerobic energy system gets neglected. In all honesty, it can be very challenging to get a sport coach to understand why we are doing max-effort sprints with long amounts of rest in between. Most of the time, their instinct is to demand as little rest as possible. Even though the duration of high-intensity exercise within a game is small, these moments are what define the outcome of the game. A 2012 study analyzed the influence of speed and power movements in 360 goal-scoring situations in professional German League soccer. 83% of goals were preceded by at least one powerful action (defined as a straight sprint, change-in-direction sprint, jump, or a combination) from either the scoring or the assisting player. 45% of actions from the scoring players were straight sprints which transpired to be the most frequent action in goal situations (Faude, et al., 2012). Game-defining moments are composed of mainly speed and power actions which are greatly impacted by developing anaerobic adaptations.

Training The Anaerobic System
The anaerobic system includes the ATP-PC system and Anaerobic Glycolysis system. These systems are what fuel high-intensity exercises. Training these energy systems is important for all soccer players, but should be the primary focus for Goalkeepers. The ATP-PC system can be trained through max-effort speed drills with long rest periods. This not only includes linear sprints but also multi-directional and curved sprints. It can also be trained through plyometric exercises or power exercises such as broad jumps or med ball slams. The Anaerobic Glycolysis system provides energy for longer-lasting (10 seconds to 2 minutes) high-intensity bouts within a training session or game. The methods you choose to train the anaerobic system are dependent on athlete experience and progressions implemented so far.


Anaerobic Testing For Soccer Players
As a soccer player, I was never tested on an anaerobic component other than 1RM testing. In addition to 1RM testing, soccer players should be evaluated in sprint tests like the 10-yard dash and 5-10-5.

Training The Aerobic System
The Aerobic system provides most energy for low-intensity movements or after 2 minutes of activity. I am not saying there is one correct fitness drill or test, but I believe that some conditioning drills are more practical than others. It is time to move on from old school, long-distance runs that your coach made you do in high school. I believe soccer conditioning drills should include these three components to be as game-like as possible:


Aerobic Testing For Soccer Players
Fitness tests are overrated, but they can be a useful way to objectively evaluate fitness levels and to keep athletes accountable. The most “game-like” fitness tests are the ones that include high-intensity, low-intensity, and change of direction as mentioned before.


This test is more convenient for athletes to replicate when they are training on their own rather than setting up cones and the audio for the Yo-Yo test.

Conclusion
The most effective way to train for soccer is by incorporating fitness tests and drills that target both anaerobic and aerobic energy systems. No energy system should be neglected, and it is critical to communicate this with sport coaches. Ultimately, it is the sport coach's decision on what fitness tests are administered but focus on the parameters that you can control.

These Stories on Sport-Specific

Has the Pendulum Swung Too Far on Machine Based Training?

Keys To A Running A Successful Track Program