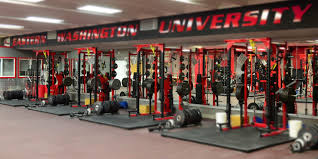 Fighting the Career Ladder: The Value of Staying Put

One early morning as I was walking in with one of our interns to open the weight room a topic came up in our conversation that really hit me hard. He was telling me about his new part-time job and said, “I can’t imagine myself working in one place for more than a year. It’s just so boring.”

Now he and I are not that far apart in age and I can completely see things from his perspective. This mindset is often amplified in the coaching industry as most of us are always trying to climb the metaphorical ladder to success. Early in my coaching career the goal was simple: move through whatever jobs I had to in order to land the dream job. After my first cross-country move and the birth of my daughter, my opinion has changed drastically. I found myself in a tough spot; I wanted to be the best dad and husband I could be while still working in the industry that I love.

I began looking at the careers of coaches whom I highly respected. After reaching out to multiple coaches to see what “knowledge bombs” I could gather from them, I had one life changing conversation. Many people knew David Lang, the former Director of Strength and Conditioning for Olympic Sports at Washington State University who recently passed away. I had made the short drive from Spokane to Pullman multiple times while I was a GA at Eastern Washington University to network with the coaches at WSU and see what I could learn from them. Coach Lang always more than welcoming and we would always end up having great conversations about life instead of set and rep schemes or how to structure an annual plan.

During the 2016 CSCCa National Conference, I ran into Coach Lang and we took a few minutes to catch up between presentations. The first question he asked me wasn’t about my new job or what teams I was working with or what the small Louisiana town I was living in was like. He asked me how much I was enjoying being a father. We had spoken about the importance of family in previous conversations, but this particular conversation has had the greatest impact on my career. My response was simple: Being a father is the best, but I feel like I need to get closer to our extended family in the Pacific Northwest. I asked him what kept him at Washington State for the close to 20 years he had worked there. His response was extremely simple. He said, “It’s not a bad place to live and it is stable for my family.” My mind was blown.

In that one sentence he changed my whole outlook on what the strength and conditioning industry can be. Rather than chasing the dream job he made the decision to climb the ladder where he was and make it the dream job for the lifestyle he wanted to live. He was able to be the kind of coach he wanted to be and be the father and husband he wanted to be by staying in one place and building it up. After his untimely passing last winter, I witnessed the kind of impact he had on so many people during his time at WSU, which once again validated the belief he gave me that working at one university for an extended period of time may be the answer to thriving in strength and conditioning. After I was able to come back to EWU in a full-time role, I quickly made the decision to focus on my current situation instead of just adding another school to my resume and focus on the value of staying put.

Many people look at my situation and automatically question it. Why do I want to work at a small D1 in a farm town in eastern Washington? Don’t you want to make more money? Don’t you think you’re limiting your career potential? To all of these questions I have a very simple response: My family is thriving and I get to continue to work in the industry I love. In my mind you cannot ask for a better situation.

Obviously, my values differ greatly from some people. By staying in one place I can have a greater impact in this profession than if I bounce around every three to five years. I can see the development of the athletes I work with from the day they step on campus as freshman to the day they are handed their diploma and leave. That, to me, is pretty special. Another mentor of mine recently spoke with me about coaching and how it is too easy to just be a prick and yell at athletes. We are given a special opportunity to be leaders and mentors to the athletes that we work with. In order to carry out either of those roles effectively, we're required to build relationships built on trust. Strength coaching is just the platform we have the opportunity to influence people’s lives on. By staying in one place I believe I have the opportunity to have the greatest impact on the athletes. It takes time to build that trust and those relationships and if I jump ship every couple of years those relationships are never built and I am simply just chasing a logo or bigger salary.

Lastly, decidedly staying in one place has nothing to do in with me. When my family and I moved back from Louisiana to Washington state my wife landed a great job working with our international students. She is great at her job and is thriving in her new career. How selfish of a person am I if I tell her that her career doesn’t matter and we are moving again? As a young single strength coach with nothing tying you to one a specific area you have more freedom to bounce from job to job. Add in a spouse and things get a little more complicated. Now add in children. If your children are constantly bouncing between different schools or daycares it may have a negative impact on their development.

What it all comes down to is knowing what your values are and what matters to you. If you want to bounce around from job to job chasing the logo or the big salary then do it. But be prepared to not have many lasting relationships. If you have a family, take them into consideration before you decide to apply to a new job every January when the coaching carousel jumps into light speed.