The New Era of the TeamBuildr Blog

We are reinventing our blog...

Up until now, we have had a wide variety of coaches and trainers submit great content to our platform, and we are truly grateful for their contributions. However, upon reflecting on the future of our strength training blog and the material we publish, our company has decided to “step up” the production quality, focus and consistency of our articles and educational content.

The fact of the matter is that TeamBuildr has grown as a brand world-wide, and it is time to give our blog page a chance to reflect that growth in order to continue delivering high-quality content in an environment where there is no shortage of articles, podcasts and educational resources on human performance.

In that pursuit, we have hired David Kitchen, an experienced and passionate strength coach and huge enthusiast of professional  development and education, to organize a high-class roster of authors that will strategically and consistently deliver articles that are relevant, impactful and effective.

Coach Kitch had this to say about joining TeamBuildr:

“When TeamBuildr CEO, Hewitt Tomlin, reached out to me about joining the family as the Content Marketing Specialist, I knew something special was brewing. Any company involved in the sport performance/fitness industry knows how seriously we take continuing education. Hewitt gave me the freedom to assemble a group of authors to reflect the commitment the company has to providing not only a top-notch service (just ask the Super Bowl Champion Tampa Bay Buccaneers), but also to providing the highest quality education resources for fitness and performance professionals. The goal of this group is to provide well-rounded and practical knowledge as well as commentary on industry standards and trends from those who have spent years in the trenches and under the bar with the calluses and experience to prove it. What has been formed is, in my opinion, an elite group of resources eager to share their knowledge."

It is my honor to introduce our new author team... 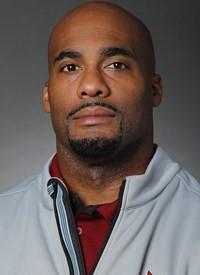 Our first author needs no introduction, but for those of you who are unfamiliar with Dr. Ivey's work, here is a brief summary: With a Ph.D. in Sport Psychology and over 20 years of collegiate experience in athletic performance roles, Coach Pat has helped tens of thousands of athletes reach their performance potential using his expertise, research, and experience. He is a CSCCa Master Strength Coach and the 2013 AFCA Strength & Conditioning Coordinator of the Year. He specializes in training his athletes and clients to develop an optimal mindset for optimal performance. Currently, Dr. Ivey serves as Associate Athletic Director for Student Athlete Health at the University of Louisville and founder of Pat Ivey Performance.

Coach Barone is currently an Assistant Strength & Conditioning Coach at the University of Pittsburgh. He brings a wide knowledge base of training multiple Olympic sports during his career which includes stops at the collegiate and professional levels. Barone came to Pitt following a two-year stint at San Antonio FC in the United Soccer League where he served as high performance coordinator for the professional club where he oversaw the on-field and performance periodization, weight room and on-field sessions, GPS data collection and reporting to technical staff and management of return to play process for injured athletes. Coach Barone has held positions at the University of North Carolina, Robert Morris University, North Carolina Central University, and Methodist University. He is also the founder of Coach Frank B Performance.

Matrixx is the founder and owner of Iron Performance Center in Ontario, Canada. In the world of sports, he has prepared numerous athletes for international competitions, including the World Championships and Olympic Games. He was also head of strength and conditioning for Niagara College Men’s Basketball and the St. Catharines Falcons Jr. B Hockey Team. Currently, he is the head of strength and conditioning for the Niagara River Lions Semi-Professional Basketball Team. Matrixx also brings experience from the tactical realm having prepared candidates for their first responder physical testing, including those pursuing policing, firefighting and the Canadian Armed Forces. He is the author of The Iron Guide to Building Muscle, was featured in YourWorkoutBook.com for his rowing strength program, and has his articles displayed in multiple college curriculums. He is also the creator of the online continuing education program, The Strength Coach Springboard. 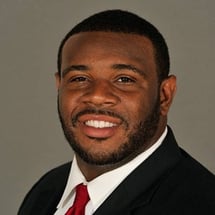 Brian Johnson is a veteran strength and conditioning coach who has over 10 years of combined experience at both the FBS and NFL levels. He is currently the Head Football Athletic Performance Coach at Cal Berkley. "Coach Bee" has been a Director of Strength and Conditioning at Arkansas State, the University of Arizona, and Akron University during his storied career. At Arizona, Johnson worked to bridge the gap between sport science, neuroscience, and strength and conditioning by serving as the liaison between the football program and the university's Center for Innovation in Brain Science. In addition to his time as an NFL player, he has served on the Strength & Conditioning staffs at Florida State, LSU, Texas A&M, and the San Francisco 49ers.

Quinn Barham joined the Ohio State football strength and conditioning staff in January 2016 and is heading into his fifth season as an assistant coach for the Buckeyes. He’s been a part of consecutive Big Ten Conference championship teams with Ohio State, in 2017 and 2018 as well as National Championship appearances. Barham has coached at the high school and collegiate level including stops at Hillside High School, the University of North Carolina, and North Carolina State University. Prior to coaching, Barham had an outstanding career at Penn State University where he served as a captain before spending time in the NFL. 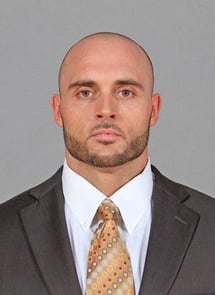 After 18 years in strength and conditioning at the collegiate level, Jason Spray is now the Head Strength & Conditioning Coach at Middle Tennessee Christian School. This role comes after serving as the head strength coach at Middle Tennessee State University, where he oversaw all aspects of physical and nutritional development. He is also a USA Weightlifting Club coach and a certified physical therapy aide. Spray has trained athletes ranging from high school to the professional and Olympic levels. He has been featured in Premier Players Magazine and is the head sports performance adviser for RSP Nutrition. Spray, a former Middle Tennessee State fullback and captain, was at MTSU for 15 year and was named the 2011 Assistant Strength Coach of the Year by the National Strength and Conditioning Association (NSCA), and since 2012 he has trained 24 players to make NFL Training Camps. 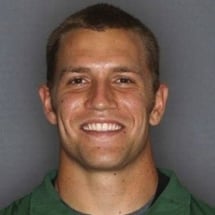 John Garrish is the Director of Athletic Development & Performance and Head Track and Field Coach at North Broward Preparatory School in Coconut Creek, Florida. A graduate of Wagner College and the University of North Texas, he is certified through the NSCA as a CSCS and through USAW as a Level-1 Sports Performance Coach. In addition to his role at North Broward, John serves as the Director of Athletic Performance with the Florida Rugby Union’s High Performance Program 7’s team and as a volunteer coach with Delray Beach Sports’ Exhibitors. Coach Garrish has spoken at state and national events and serves as the National High School Strength Coaches Association Regional Board Member for the Southeast. 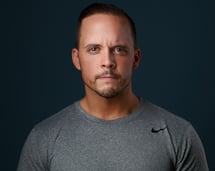 Ryan’s coaching journey spans 9 years across Division 1 college athletics, with stops along the way at Penn State, Tennessee State, Vanderbilt, Robert Morris, The University of North Carolina at Charlotte, and more recently, DePaul University. He has worked at Power 5 universities, aided in the training of multiple professional athletes, and has been mentored by NFL strength and conditioning coaches. Ryan uses his experience and evidence-based training to inform and improve the lives of numerous clients who want to be more comfortable in their own skin. He specializes in fat loss, body composition, strength, and sports performance training programs. Ryan trains clients in-person in Chicago and offers online coaching services through his website at RyNoStrength.com. 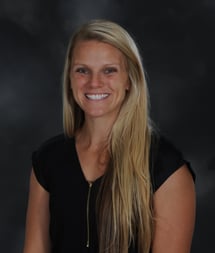 Coach Walls brings a wealth of knowledge having trained sports from football and soccer to acrobatics and tumbling during her 12+ years of experience. She is currently the Director of Sports Performance for Mullen High School in Denver, Colorado where she oversees and directs all Sports Performance for Mullen High School. She joined the Mustang Sports Performance Department in the Fall of 2020 after spending the previous 3 years at the University of Louisiana where she served as the Assistant Director of Athletics for Athletic Performance. She joined Louisiana Athletics' staff as Director of Strength Conditioning in July 2017 after spending the previous seven years at Baylor University where she served as the Director of Olympic Sports.  Prior to her work at Baylor University, she spent time at The Citadel in South Carolina, the University of Texas, and Wake Forest University.

Coach Kitch has been part of our author team at TeamBuildr for most of his career.  Most recently, he oversaw the training of basketball at Georgia Southern University. Prior to that, Kitch spent time at Susquehanna University, UNLV, Bloomsburg University, Robert Morris University, and Holy Redeemer High School. In that time, he has worked with over 1,000 student-athletes including All-Americans and future professional athletes in every major sport. Utilizing his coaching experience, David has found his niche in building culture and leadership in addition to physical development. After nearly a decade of coaching, David founded Edge Leadership Academy. Edge is a consulting company which specializes in providing research-based leadership training designed to enhance the culture of any organization from athletics to business. Currently, there are 31 NCAA programs on Edge’s roster in addition to the multiple businesses participating in Edge Leadership Academy’s curriculum.

Hopefully, you are as excited as we are for this new era of TeamBuildr content brought to you by a well-rounded group of passionate coaches. New blogs will start to be released next week! To stay up to date on our newest articles be sure to subscribe to our blog as well as checking our social media! 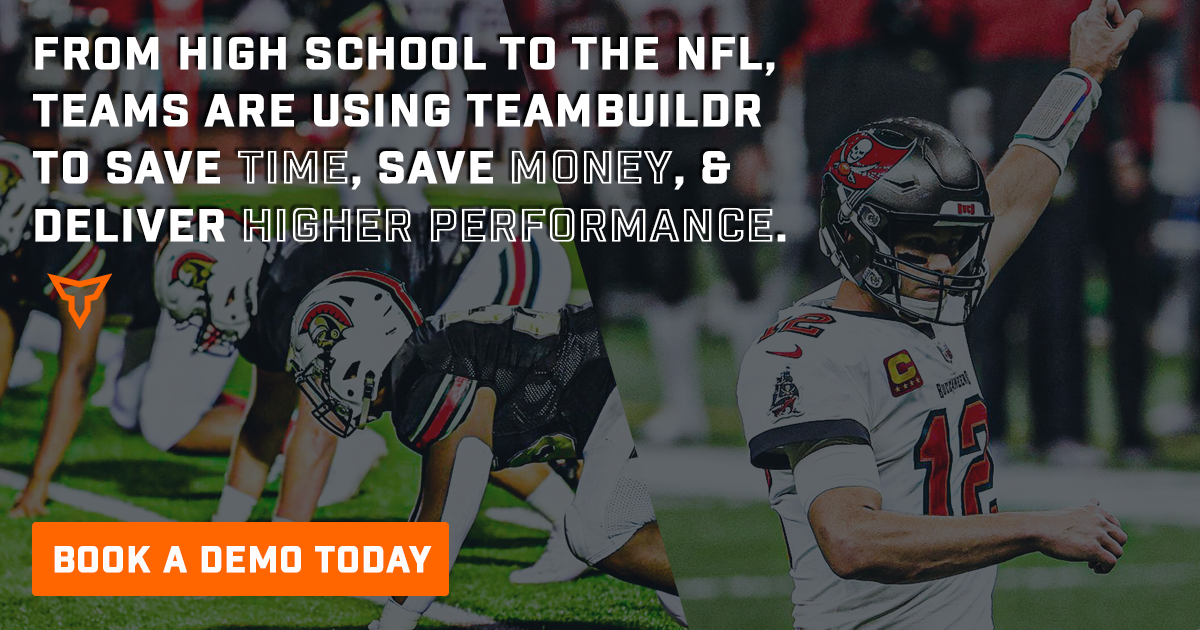 Previous Story
← Motivating Your Clients During a Pandemic
Next Story
The Switch: Leaving College Strength & Conditioning →

Key Tips on Delegating Effectively and Entrusting your Staff

Creating Impact Beyond the Weight Room