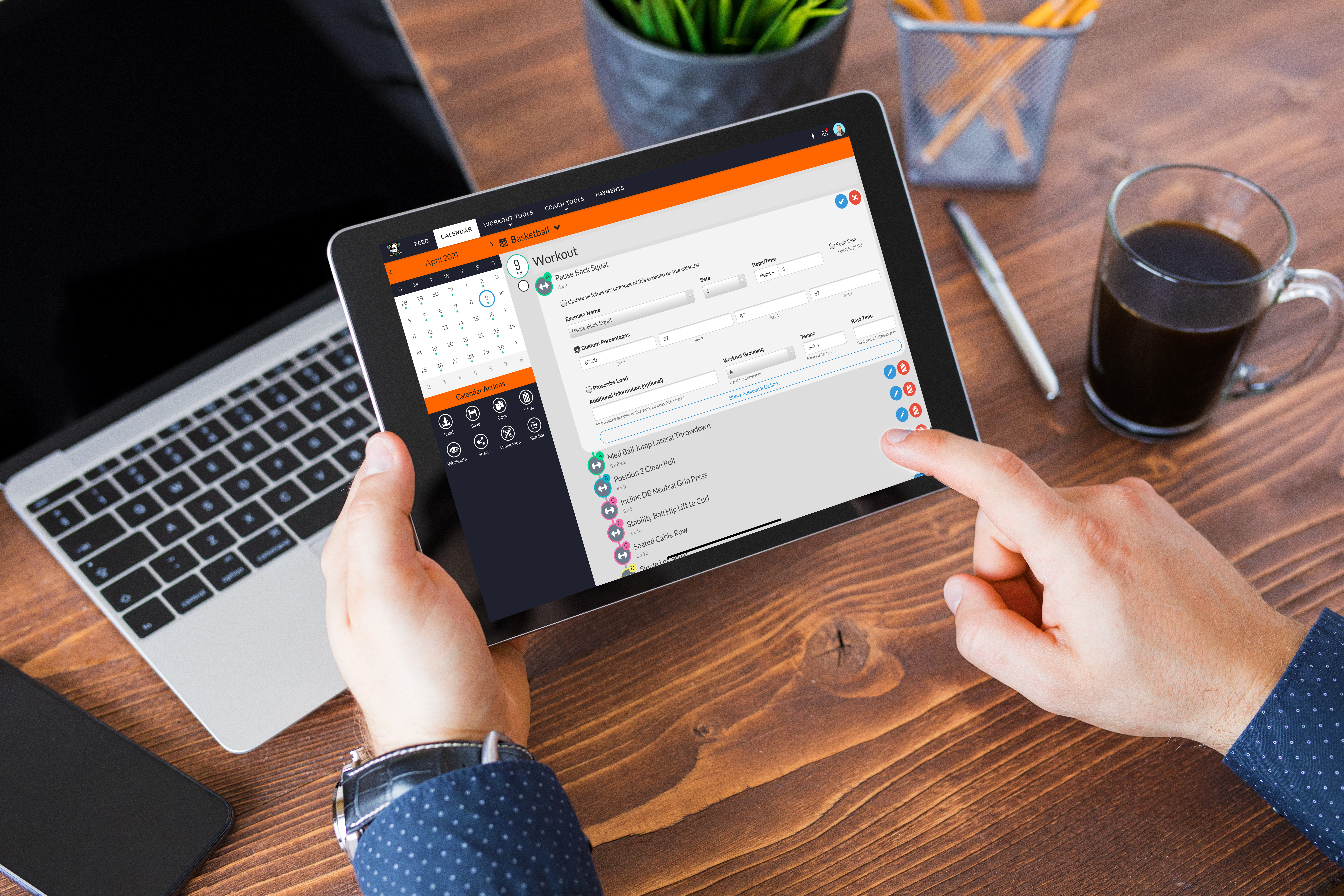 What happens when an unstoppable force meets an immovable object? I’d argue the collision looks pretty similar to when a strength coach gets their first look at the academic calendar for the year and it doesn’t match with their annual training plan. The battle between theory and practice in the realm of periodization has been a much-debated topic in the sport performance industry for years. We pour over articles, textbooks, and scientific research only to be left with the same argument; “That works in a lab, but I have X number of athletes and finals and games, it’s not realistic for me.” I’m not here to draw a line in the sand on either side, but rather suggest an alternate route.

Strength coaches, by personality, are known for running through walls when a door exists and I believe this is one of those cases. Over my career as a coach, I’ve found myself using the academic calendar as my ally more than my enemy. I’ve also discussed this topic with wiser and more experienced strength coaches who have perfected this approach and the consensus is it can serve as a stress reliever for us all. Below I’ll lay out a few tips and tricks I’ve found useful to make the annual planning process a little easier.

The definition of adversity is an unforeseen obstacle or challenge. In the case of the academic calendar, we can remove the unforeseen aspect of the adversity. When I lay out my annual plan, I put in every event from the calendar; holidays, finals, reading weeks, etc. This gives me a clearer framework to begin building from. For instance, there’s nothing worse than going down the rabbit hole and filling up a whiteboard with your version of the latest and greatest training phase just to realize President’s day or some other obscure holiday falls in the middle of your performance week. By placing these events on your calendar first, it’s easy to reverse engineer the process and set your athletes up for success. Does this mean you may have to go with a 5-week phase instead of 6 weeks? Maybe. That’s where you as the strength coach have to be adaptable and find ways to adjust your training schedule to make it fit. It’s not perfect, but nothing in our world is. As Vince Lombardi said, “The measure of who we are is what we do with what we have.”

2. Use Holidays and Breaks to your Advantage

During my time at UNLV, we tested a theory we called “redlining” as a framework for our summer training for football. The framework is similar to placing a car on a dynamometer and measuring the power output. You place the car in a fixed position, push the gas and take it as far as you can before allowing the rollers underneath to bring the wheels to a stop naturally thus removing the need to press the brakes or cause unnecessary wear and tear. In our setting, we took advantage of the supercompensation principle to its full effect. We knew the guys would have a long weekend during the 4th of July. This allowed us to push volumes and intensities leading up and build in a natural performance week immediately before the break. We let our guys attempt PR’s if they felt ready and able. Some were firing on all cylinders (another car pun just felt natural) while others were feeling the effects of the high volume and intensities that were being applied to their bodies in the weeks prior. We then utilized the 4-day break the athletes had as a natural deload and followed it with a 2-day French-Contrast style micro-cycle to activate their Central Nervous System when they returned to training.

After the activation period, we opened up training with the same optional PR attempts. The results were outstanding. We had guys hitting new PR’s and reporting feeling fresh and ready to train. Our power outputs were up, guys had confidence, and our athletes had new training maxes to work off for the next uninterrupted training block. It was a win-win for everyone involved. We then repeated the process for our last 6 weeks leading to the week off before camp and found even better results. This example is not to pat us on the back, it’s to highlight that sometimes reframing a holiday or interruption in your training schedule can be used to springboard you into your next cycle if it’s planned for.

3. All breaks are Not Equal

I just outlined our process surrounding the 4th of July break and spoke mainly of the positives. There’s another side to that coin that needs to be addressed. It’s another variable that we have to account for; we train 18-22-year old men and women. Did most of our guys come back ready to roll and refreshed from the 4-day-weekend? Yes. Did some come back slower and possibly even in worse shape? Yes. The difference is in how those 4 days were spent. For the athletes who spent their time wisely recovering, sleeping, and eating correctly the break served as a much-needed elongated recovery session. For the ones who spent the break doing what college kids in Las Vegas do for the 4th of July weekend, their bodies and CNS paid the price. I say this to illustrate, like everything in strength and conditioning, the validity of the approach depends largely on the athlete’s response.

Another example where this approach can go wrong came during my time first experience in a college basketball season. I had set up my annual plan and accounted for our tournament trips as natural deloads from the weight room. Now, obviously, I knew we would have stressors coming from the games, but coming from the football world, I figured our redshirts and developmental crew could absolutely take advantage of this time off since they wouldn’t be playing. Wrong. Long bus rides, hotel beds, and jam-packed schedules did not allow for the R&R I had planned for our guys. Needless to say, as soon as I experienced my first road trip, I quickly removed these instances as “natural deloads” for our guys.

4. Finals Week is the Devil…or is it?

Finals week. The big red X on the annual plan. Early in my career, I looked at finals as a forced deload and pulled my frequency, intensity, and volumes way back if I programmed anything at all. I learned over time that finals week does not mean the same thing for every athlete. Some are stressed to the gills and as we know, the body doesn’t differentiate between emotional or physical stress to some degree. For these athletes, training hard or often would’ve been detrimental; but what if you have some athletes who have only 2 online courses which they’re handling very well? Should they lose that week of training because their schedule is different? I’d say no. So how do you make this work? There’s no exact answer, but over time, I started to offer training sessions (within compliance regulations) to the athletes who wanted or felt able to train. Again, this paid dividends in two major ways. First, the athletes who wanted to train felt the psychological benefits of getting out of their heads and into their bodies for a few minutes during a high-stress time. Secondly, I used it as an opportunity to emphasize and teach the benefits of dedicated and intentional recovery sessions. These included mindfulness exercises, active recovery, or dedicated pre-hab sessions.

Something is better than nothing, and in this case, removing the big red X over finals week offered me some more time with my athletes who wanted a reprieve from classwork and those who wanted to keep training. Again, you have to find what fits your situation, but remember all breaks are not equal. One additional note on finals week: after reviewing our wellness questionnaires and feedback from student-athletes, I’ve found that there are similar stress levels to finals week during the first week of class, and every 4th week during the semester (usually exams all fall on these weeks) if you work on a 16-week semester format. I have not found an approach that accounts for individual differences in schedules, so I can’t offer much insight on that, but it is definitely worth a conversation with your athletes.

Previous Story
← 3 Ways to Improve Your Use of Soft Skills
Next Story
Building a Stronger Staff: Keys to Better Hiring Practices →

Athletics, Inc.? : The Paradigm Shift in Strength and Conditioning

The Return: Why I Came Back to College Athletics