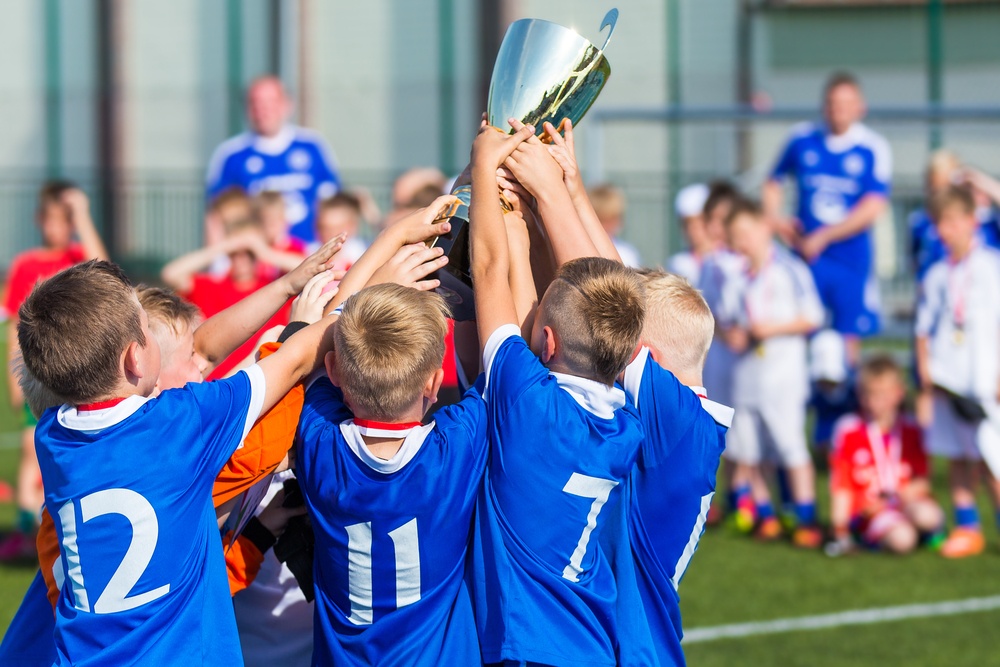 The training of youth athletes needs to be handled very carefully. We live in a country where our youth athletes are over specialized and under prepared. It is a symptom of being American; we want our kids to play more, throw harder, run faster, and earn athletic success by any means necessary. Sadly, physical development of youth athletes falls by the wayside. General preparation falls to the back burner. Why should my child learn proper squatting mechanics when they can get to the batting cage or get extra shots up at the gym?

As a physical preparation coach it is our job to ensure that our athletes, specifically youth athletes, are being handled such a way that they will continue to have continued development. Rushing the process will certainly hinder the performance of your athletes and potentially lead to burnout and injury.

As mentioned above, training considerations for youth athletes will differ than those for elite level athletes. Many youth athletes are not physically capable of the same kind of performance as elite athletes, outside of sports where youth athletes reach elite status such as gymnastics. The sad reality of youth athletes in the US is that over specialization is here to stay so it is imperative to keep their general preparation exactly as that reads: general. “Sport specific training” is all the rage in youth athletics now. While all of the cone drills and weighted bats and balls will look cool but, it is not necessarily the optimal way to better prepare your athletes for sport. Truth be told, sport specific movement is most likely the last thing the athlete needs.

Dr. Michael Yessis has presented his model for training young athletes, which has been popularized by his book, The revolutionary 1x20RM Strength Training Program. Dr. Yessis notes that many “high intensity” type programs simply overload the athletes too early in their development. For example, a traditional 5x5 program where the athlete performs 5 sets of 5 repetitions with whatever prescribed percentage of the athletes max. Dr. Yessis believes that a lower intensity approach with more variation in the program provides enough stimulus for adaptation without causing so much damage to the trained muscles that multiple training days cannot be accomplished. He has said that working to a 20RM in up to 15 exercises per session creates enough stimulus for adaption, but also has enough variation and is a low intensity enough to allow for continued long term growth. This program was designed for youth and high school aged athletes, but has been used with success as a developmental program at the collegiate level.

This style of liner progression is optimal for around 20 weeks with physically mature athletes. Many youth and junior athletes will be able to progress longer than 20 weeks due to their physical immaturity. Following the use of a basic liner progression model it becomes up to the coach how to progress the athlete. If these athletes demonstrate proper movement proficiency and have displayed continual progress using basic periodization models they can be progressed to a more advanced model of periodization.

One thing that is often overlooked when training young athletes is which qualities to train for improved performance. For example, a high school football player lacks power. He has a poor “get off” at the snap of the ball and doesn’t run or jump well. The thought is to train for increased power, but if this athlete cannot express power unloaded during sport, what sense does it make to have them express power under load? This athlete will greatly benefit from strength training. Following a lower intensity linear progression model the physical prep coach will increase the athlete’s ability to produce force. Increased force production has been shown to increase rate of force development in athletes to a certain degree. Given the untrained nature of youth athletes increased force production will have a profound effect on rate of force development and therefore help this particular athlete with their “get off”.

Now the emphasis on improving strength does not mean chasing new 1 rep max numbers. In my experience athletes who chase weight room numbers early in their development limit their potential for improvement later in their careers. I have trained multiple athletes with competitive power lifting background and competitive weightlifting backgrounds. These kids come into college strong as an ox. They have the best weight room numbers of the freshman class. The issue with these athletes is that they have used up a lot of their early potential for growth and therefore will require increasingly larger stimuli to improve. With that in mind, our job is to increase general qualities that will aid in increasing performance on the field of play. If we get an athlete who has already maximized their physical qualities it will become increasingly more stressful to their system. After a while this athlete will reach a point of diminishing returns where the stress to their system is doing more harm than good for performance enhancement purposes. By stressing athletes too early in their development with high intensity training you limit their potential to grow.

So what does all of this mean? In America youth athletes are over specialized from a young age. To combat this their training must remain as general as possible. Mastering movement mechanics of fundamental human movements is the first priority. After this has been accomplished, a lower intensity linear progression model of training can be implemented in order to being stressing the athlete for adaptation without beating them down with high intensity training methods. Depending on the physical maturity of the athlete you will have a limited window of time that linear progression will yield optimal results. Utilize more general means as long as possible until you’re athletes begin to stall on their progress. Constant assessment must be part of the training process. Training young athletes properly is what leads to great college athletes and beyond. A pyramid is only as tall as its base can support.

Previous Story
← If Your "Strategic Plan" is Missing This Then Your Weight Room Will Fail
Next Story
Why Weight? Purchasing the Right Options for Loading Your Athletes (Part 4 of 5) →