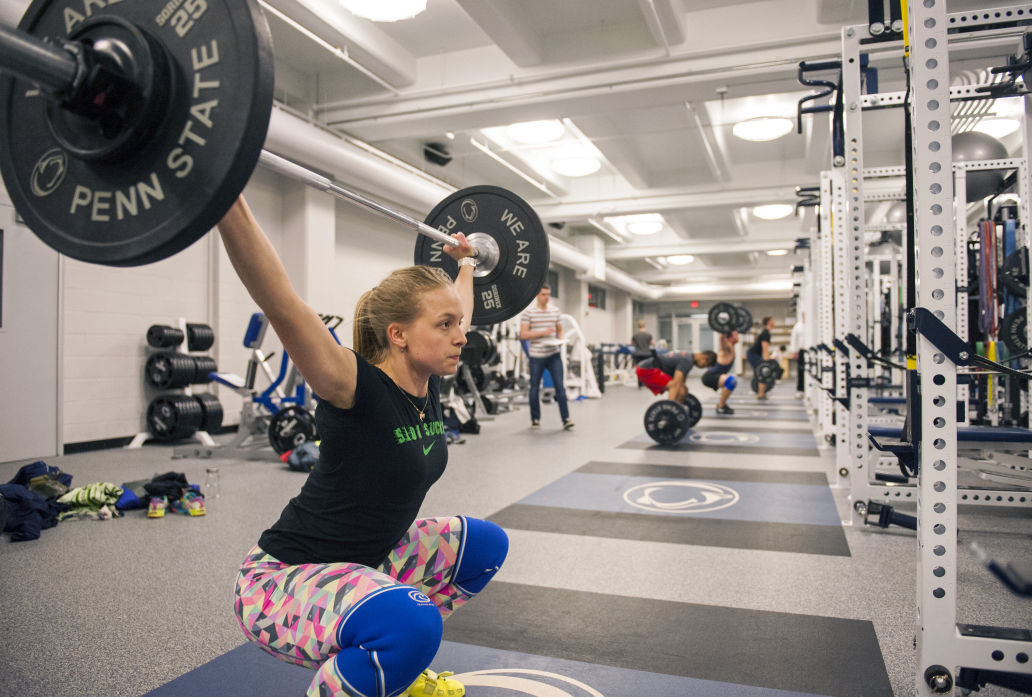 Why Your Strength and Conditioning Program Needs Olympic Lifting

All sports require a combination of muscle coordination, balance, mobility, and synchronization in addition to strength, speed, power, and metabolic development.  The core olympic lifts — the clean, jerk, and snatch — provide development in all these areas in addition to motor coordination.  As a result, they are an excellent addition to any strength and conditioning program.

While olympic lifts have a learning curve in fine motor control and coordination, once perfected, these movements immensely improve an athlete’s overall athletic ability. Take, for example, the triple extension, which is the simultaneous, explosive extension of the hip, knee, and ankle joints.  It’s a skillful movement that challenges the athlete’s ability to control, direct, and stabilize resistance.  Once an athlete masters the triple extension, they are able to apply the movement to other olympic lifts, improve control while lifting, and increase overall power.

Olympic lifts teach the body how to produce and absorb force in a controlled environment, which is why olympic lifting has moved to the forefront in athletics and strength and conditioning programs.

The clean, jerk, and snatch use triple extension when moving the bar in a vertical motion thus producing power.  When catching the clean, jerk, and snatch the body must absorb the weight plus the force that is produced in the descending phase by the bar.  Controlling the bar creates joint stability and redirects force upward as the athlete stands up.

Olympic lifts are inherently explosive and skillful, with excellent transference to athleticism.  The amount of force production required to move weight rapidly with coordination, stabilization, and control is exactly what all sports require to perform at a high level.

By executing these movements the neuromuscular system is enhanced as the muscular and nervous systems work in conjunction.  This teaches the body to recruit and activate more muscle tissue fibers creating a stronger, faster, more powerful, and more efficient system.

Olympic lifting creates a multitude of benefits for the athlete, sport coach, and strength coach.  The athlete will now perform at a higher level, with improved strength, greater power output, and improved body coordination.  The sport coach now has an athlete with an enhanced arsenal of athletic abilities to implement in his or her system to ultimately win more games, matches, meets, etc.  The strength and conditioning coach has done his or her job.  Now back to the grind.