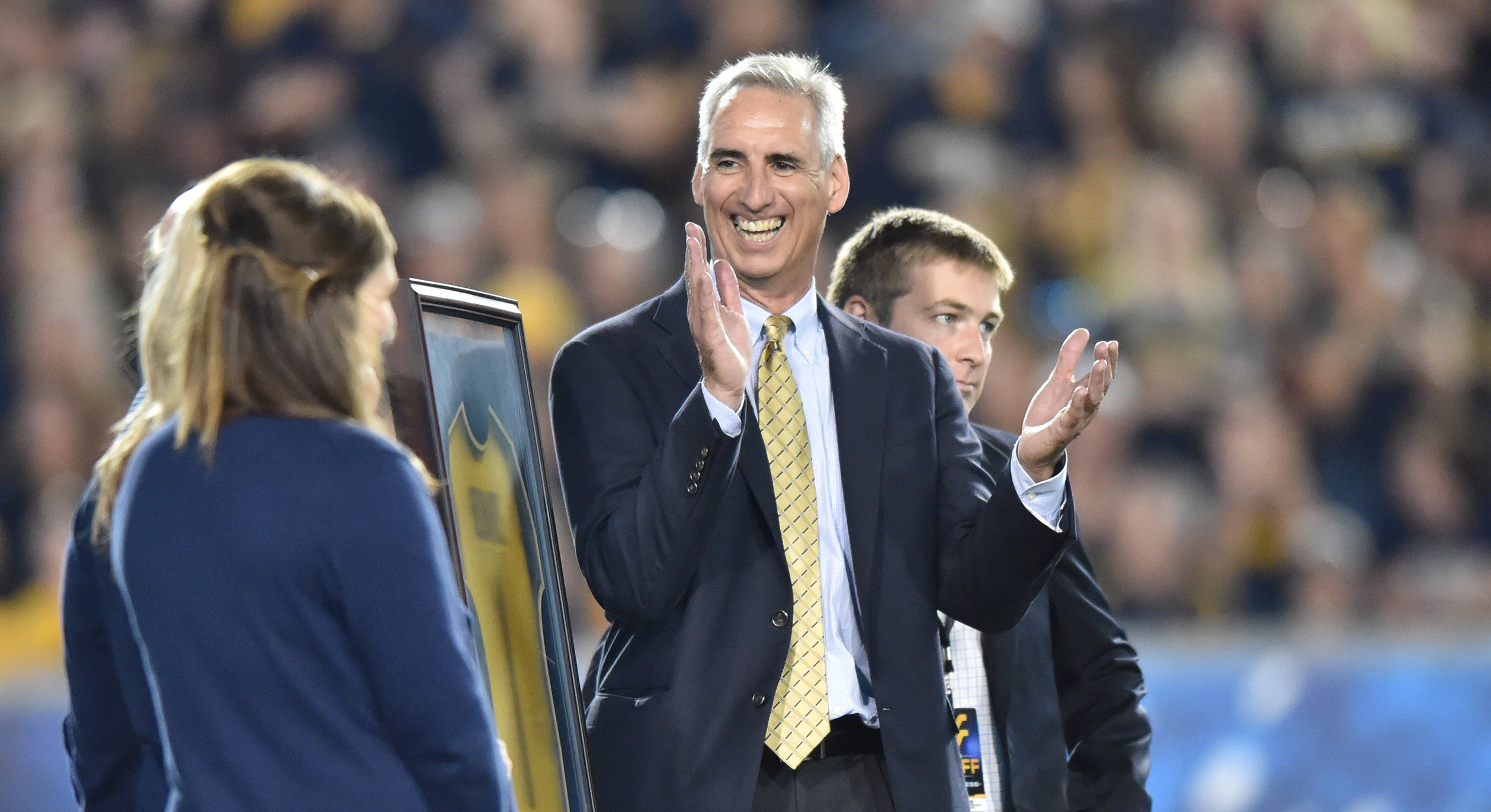 We see it on the Facebook groups, we overhear the conversations at the conferences and clinics, and the topic will always be around as long as AD’s are: How do strength coaches build and maintain successful relationships with their athletic directors?

After all, much – or all – of the resources the strength program is afforded will originate with the Athletic Directors. You know that saying, “Behind every successful man is a strong woman”? Well, the same be could be true here:

For all successful strength coaches there are supportive Athletic Directors.

In our case, we decided to interview 7 athletic directors that were recommended as being “above average” in supporting and building their high school strength program. We wanted to speak with them directly, hear their language and understand their thought processes behind their philosophy on strength and conditioning;

AD Jason Schroeder at North Scott High School has gone as far as hiring three full-time strength coaches to train both athletes and non-athletes throughout the school day. Of course, the strength program has created enduring success in athletics, but Schroeder notes that the morale of the entire student body has improved since installing the full-time strength program for all students. When asked what makes him unique that he would recommend to other AD’s, he simply states,

“Showing up. I walk into the weight room every day to talk to coaches and students. Supporting people from the ground up is the culture here.”

Jim Duae of Waukee High School agrees. He attributes the strength program as the “number one reason why we experience the athletic success here that we do” which includes multiple state titles in track and field. Duea says he’s witness athletic programs that did not invest in S&C and saw outcomes he did not want. When he became AD, he hired an experienced strength coach 12 years ago and an additional coach 7 years after. When asked about the future of S&C in high schools, Jim gives a straightforward answer:

“Schools that do not invest in their strength program will not be able to compete. The correlation is obvious that schools with good athletic success in our area also have resources devoted to comprehensive training. Even a nice weight room with too narrow a focus on weight training (not enough on speed, agility and other components) will fall behind the pack."

John Atkins at Corydon Central High School is in the beginning stages of developing a high level performance program at his school with S&C being offered 6 periods a day and 85% of athletes participating. He says that a good strength program is not built overnight, “I think we’re another year or two from seeing translate into many more wins on the court and field.” John had spent time at past programs with great strength programs and instantly recognized that Corydon needed to work to get to that level. He had also seen schools attempt to install successful strength programs and fail by putting the wrong people in charge. Naturally, we asked who the right people should be:

“Experience is number one for me. If you have someone that is not experienced, get them involved in the associations and get them educated in a contemporary certification. A non-qualified strength coach can be a big program for a school. I am thankful that we hired someone who is knowledgeable.”

Now, the word “knowledgeable” was the word most widely used across all of these interviews. Almost every AD expressed the need for the strength coach to have knowledge in the field.

TJ Rockwell is the AD at Perry High School is a former collegiate football player and a weight room enthusiast. However, as his coaching and administrative career progressed he realized that the strength and conditioning field was progressing as well. That’s when he decided to hire a full-time strength coach; he cannot overstate the return on that investment.

“My strength coach knows what to do and how to do it which makes my job 100% easier. Everyone can buy into the strength program – including me – if the leader is qualified and passionate.”

Scott Garvis of Newton High School even went as far as to say that combining the S&C and PE departments was a huge measure of success and helped bolster their programs. He believes the same model would work for other schools and recommends it. However, Garvis also noted that every school is different and that the model may not be universal although every high school should pursue a formal strength program.

Nemer Hassey at Cienega High School has a more pragmatic take on the future of S&C by saying that it’s ultimately up to the financial resources of the school or school district. “It’s going to be hard to fund physical education and strength training, I don’t see people committing to it overall mostly for funding but also because some administrators may not see the value in strength and conditioning yet. It still needs to be propagated as an essential tool for all students and not just athletics.” This is coming from an AD who runs 14 weight training sections with 7 periods every single day across 2,000 students — fewer AD’s have that sort of experience with how a strength program affects an entire school.

When asking about specific strategies for growing and support the strength program, Mike Sorensen of Northwest High School made a strong suggestion: “We changed the way we did things in the summer. Our strength coach and myself organized the summer weight sessions and prioritized what sessions we would coach. We looked at our 'big money sports' (football and volleyball) and worked with them specifically. Ultimately, students-athletes are successful and wins get accumulated. 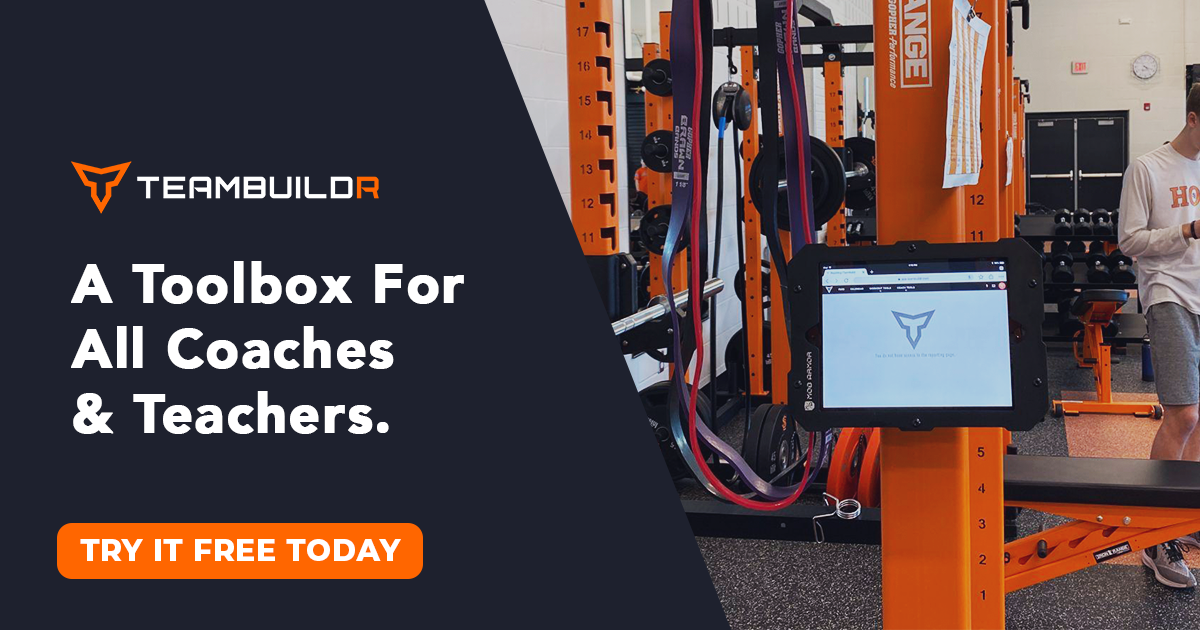 Previous Story
← 3 Steps to Building Team Culture
Next Story
I Used to be an “Excel Guy.” This is Why I Switched →