How to Find an S&C Mentor 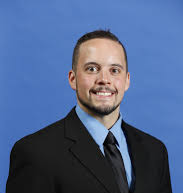 “If I have seen further, it is by standing on the shoulders of giants.”
-Sir Isaac Newton

This is a favorite quote of mine that I regularly refer to when describing the importance mentors have had on my career. I believe having a mentor is one of the most important factors in developing as a strength and conditioning coach. Coaching mentors help guide mentees through the noise in strength and conditioning and often serve as the mentee’s first model of what it means to be a successful coach. As a result, the mentor plays an essential role in how the mentee shapes his or her own personal philosophy as a coach. This article will outline the importance of having and finding a mentor, approaches to networking, and giving back by becoming a mentor to someone else.

I believe that coaching mentors can come in all shapes and sizes, and their influence can come when you least expect it. Most of the mentors I have encountered throughout my career were at the universities I worked at, but others have come through friendships. I had mentors in my first year of my career and I continue to gain new mentors after 8 years in this business. If you are in an internship role or breaking into the business, I’d recommend first looking to the staff at your current university or organization. There is a high likelihood that someone on your staff has previously been mentored and understands the value in mentoring others. If someone is willing to take the time to mentor you, understand that it is a huge investment of their time. Never take for granted the time and knowledge a mentor is willing to share with you. It is highly probable that the mentor spent a lot of their own personal time and money to accumulate knowledge which they are now passing onto you. It is a privilege to be mentored by someone and it should be treated as such.

“If people knew how hard I had to work to gain my mastery, it would not seem so wonderful at all.” -Michelangelo

We are all familiar with the Renaissance artists and the period when culture and art was flourishing across Europe. While many believe the artists were pure genius and masters of their skills, it is often forgotten that these artists around the age of seven years old were sent to live with masters of their crafts for five to ten years. “Apprentices learned the craft from the bottom up, not through lecture or theory but through action: mixing paint, preparing canvases, and sharpening chisels” (Coyle, 2010). Much like the artists, up and coming strength and conditioning coaches learn the actual job by apprenticing under a mentor. They learn what it’s like to coach a large group of student athletes who have never lifted a weight before and they understand what it means to command a room. They learn how to properly design and implement a program based on a needs analysis of a sport. They learn how to modify that same program when a team shows up to the weight room following an additional 20 minutes of intense running after a 2-hour long practice. They mix paint, prepare canvases, and sharpen chisels, so to speak. Many of this cannot be learned through a book or lecture; it can only be learned by doing the job itself. This is the time to make mistakes and be corrected by someone who has probably made the same mistakes and already learned from them. A strong mentor at this point in someone’s career can be the most defining aspect of succeeding as a strength and conditioning coach.

As you approach apprenticeship, think about what you want to specialize in or think about your biggest weakness. A mentor can make a world of difference in both situations. If you are a coach who is just starting out, you probably don’t need to specialize as you need to become a jack of all trades first and foremost. But you can begin thinking about what type of setting you would like to coach in. If your ultimate dream is to become an NBA strength and conditioning coach, you should probably try to land an internship in the NBA and get mentored by someone who has done the role. While training and coaching is similar across all levels, there are nuances that are unique to each opportunity and can only be learned by experiencing them. If you are an experienced coach who needs to specialize in an area like force plates for example, it is probably best to reach out to someone who has had vast experience using force plates in a similar setting. This example specifically happened to me and I was lucky to have a friend, Dr. John Wagle, who used force plates with collegiate athletes while working towards his PhD. John became a mentor of mine for all things involved with athlete monitoring and allowed me to understand the topic at a level I could not learn from reading a book or attending a lecture. John provided instructions, took the time to answer my questions, and helped me understand my mistakes as he mentored me throughout the process. This provided the best source of learning that I could have asked for and two years later, I feel comfortable mentoring others through the process.

The stigma in strength and conditioning is that it’s all about who you know. Actually, it’s not. One of my mentors, Todd Hamer, taught me the important lesson that it’s not who you know, but who knows you. What is the difference? You can attend a conference and collect over 50 business cards. You think to yourself, “Wow this is great! Now I know 50 more coaches who will recommend me for a job!” Wrong. It is very unlikely that any of those coaches will remember you after meeting you one time or recommend you based off a meeting alone.

While attending a conference is a great way to network, you need to build relationships with those coaches following the first meeting. To this day, I send emails to coaches I met at a conference a few days after meeting them. I mention 1-2 things we talked about and thank them for their time. In cases where I have observed coaches or in cases where a coach has made a huge impact on me, I will send a handwritten note thanking them for sharing their knowledge and time with me. The hand-written letter is a timeless way to express gratitude in a world where it is very easy to pick up your phone and send a text message in a matter of 10 seconds. The hand-written note requires mindfulness, time, and effort. I believe it is one of the best ways to say thank you to someone and many of these letters I sent have transformed into better relationships for me.

Your network should be considered your “net worth” in strength and conditioning. As a young or inexperienced coach, a mentor can recommend you positions where people might not know your name. However, the mentor’s recommendation holds an extremely high value and allows you to get your foot in the door. As a more experienced coach or someone in the business for a long time, your network will serve as a “safety net.” The reality of this profession is that we will all probably be fired at some point in time. For me, I have had mentors that have been through this and I make it a point to listen attentively when they share lessons regarding that dreadful subject. How has your network prepared you for when this moment comes?

“Teaching is the highest form of understanding.”  -Aristotle

Throughout my career, I have had coaches that I have helped mentored along the way. As I go through the teaching process, I am constantly asking questions of my own program and methodologies. Teaching it to someone else and getting asked questions I never would have thought of has done wonders for my own professional development. As we progress into coaching for a long time, we sometimes love to make the simple too complex. Most interns or younger coaches possess a beginner’s mind and don’t look at the subject the same way we do. It can be a good reminder to K.I.S.S. (Keep It Simple Stupid) when you find you are making it too complex and a younger coach can help point that out to you. When you mentor other coaches, never underestimate the impact you are having on someone. At the end of the day, we are in this business to affect lives. Never underestimate the ripple effect you are having on lives. If you have touched one life and that one life touches another or ten or a million, you are touching lives and making a difference. That is the best part of the journey.